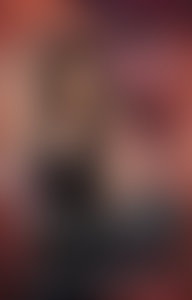 A Scorpio with a Leo Rising, Tate Hallaway is an amateur astrologer and practicing Witch. Tate has been a fan of vampire fiction since she first read Poppy Z. Brite in high school. Her first short fiction acceptance was to a vampire ‘zine called Nocturnal Ecstasy Vampire Coven. Tate lives in Saint Paul, Minnesota with three black cats.

Almost to Die For

Honeymoon of the Dead

First, she accidentally drew the violent, dark Goddess Lilith into herself when the Vatican witch hunters killed her coven. Then, after fleeing to Madison, Wisconsin to start a new life, Garnet’s been tracked down by everything from those persistent witch hunters, who nearly killed her and her new vampire boyfriend, Sebastian; the FBI, who tried to arrest her for Lilith’s crimes; and a zombie queen, who was…well, okay, that one was just plain weird.

Garnet thought she’d laid all her past problems to rest. In fact, things finally seem to be looking up for her.

She’s starting negotiations to buy Mercury Crossing, the occult bookstore she’s managed for years. Plus, she seriously thinks that now is the time to start a new coven. After all, not only has nothing strange crawled out of the woodwork in months, but Sebastian asked her to marry him!

That should have been Garnet’s first clue that things are about to go wrong—very wrong.

Though Garnet is used to a fair amount of strange occurrences in her life, she doesn’t expect her fiancé to disappear shortly after a steamy rendezvous. After Sebastian misses a gig at the Wisconsin herbalist society where he was meant to lecture on the occult properties of various common weeds, Garnet becomes seriously worried.

As if that isn’t enough, Mátyás, Sebastian’s half-vampire son who is cursed to be a perpetual teenager, shows up looking for dad. The last time Garnet saw Mátyás his Vatican friends shot her in the leg with a longbow. To say they don’t get along would be an understatement, especially given Mátyás’ tendency to refer to Garnet as “daddy’s chew toy.”

And now something—a wolf or a coyote?—which might also be that hot new coven member Micah Cloud, has been sniffing around. Garnet suspects Micah is entangled in Sebastian’s disappearance. Of course, there was also that annoyingly beautiful religious studies major Sebastian was chatting up at the first coven meeting…

So did Sebastian just get cold feet, or is there something more sinister going on?

It appears, dear reader, Garnet is going to need all of Lilith’s strength to find out. Stop by www.tatehallway.com to read an excerpt of the first chapter. Also, feel free to join me in my own daily craziness at tatehallaway.blogspot.com.