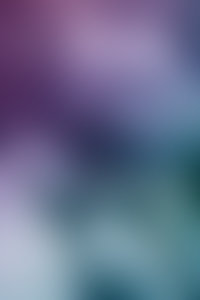 Terry Teachout, the drama critic at The Wall Street Journal, is the author of Pops: A Life of Louis Armstrong and Satchmo at the Waldorf, a one-man play about Armstrong’s life and times. He lives in New York City.

A Conversation with Terry Teachout, author of Duke

Exactly how important a composer was Duke Ellington?
Ellington was the most important jazz composer of the twentieth century, and one of the greatest composers in any genre of music. Not only was he a major composer of purely instrumental music, but he wrote some of the century’s most successful popular songs, including “Mood Indigo” and “Sophisticated Lady,” many of which continue to this day to be performed and recorded. No jazz composer has left a deeper mark on world culture.

What kind of a person was he in private life? Was he trustworthy? Loyal? Honest?
That’s a tricky question! Like many geniuses, Ellington was almost entirely self-centered, though his selfishness didn’t exclude kindness and benevolence—on his own terms. But a fair number of his sidemen considered him unscrupulous, and I can’t say that I blame them for feeling that way.

Was Ellington as great a lover as he’s said to have been?
Even greater, by all accounts. Throughout his life Ellington was catnip to women, and he rarely said “no” when they invited him into their beds. I didn’t even try to count his lovers—I can’t count that high.

Did Ellington really write all of his hit songs and instrumental compositions—or did he have unacknowledged collaborators?
He had many unacknowledged collaborators, starting with Billy Strayhorn, his closest musical associate. He wasn’t a plagiarist, but to an extent that’s not generally realized or fully understood by most of his fans, Ellington created his music collectively—though he was always the auteur, the man who made the ultimate decisions, and he was solely responsible for writing most of his major instrumental pieces. On the other hand, bits and pieces of the melodies of most of his big pop hits were written by his sidemen. To be sure, he usually gave credit where it was due, but not always, and he tried whenever possible to buy those bits and pieces for flat fees instead of cutting his collaborators in on the songwriting royalties.

What effect did Ellington’s middle-class family background have on his personality and music?
It was absolutely central to his personality—as well as to his music. Ellington saw himself as a member of the light-skinned black bourgeoisie, an elegant, cultivated gentleman who insisted on being taken seriously by the white world and performing not only in nightclubs but in concert halls.

For the uninitiated, what should be the three Ellington songs one should listen to first? Why?
I’d start with “Ko-Ko,” Ellington’s most perfect instrumental composition, written and recorded in 1940. It’s an explosively dynamic blues that comes as close as any record can to summing him up in three minutes. Then I’d choose the original 1930 recording of “Mood Indigo,” which shows us Ellington in a quiet, pensive mood. Last of all, I’d opt for the frenzied live recording of “Diminuendo and Crescendo in Blue” that he made in 1956 at the Newport Jazz Festival. Not only will that give you a taste of Ellington’s large-scale compositions, but it’s of enormous historical importance as well, for its popular success shaped the last part of his life.

What was the most surprising fact you came across in your research of his life?
Speaking as a musician and a scholar, I was most surprised by the extent of his borrowings from other musicians. I knew he was in the habit of doing so, but I didn’t fully realize the extent to which his compositional process was shaped by his need to collaborate—which arose in large part from the fact that he found it difficult to write memorable tunes. (I’ll admit, though, that the details of his very enthusiastic sex life occasionally surprised me as well!)

How did Duke get that scar on his face? Why was he so ashamed to show it?
Edna, his wife, attacked him with a razor when she found out in 1929 that he was sleeping with Fredi Washington, a beautiful black actress. I think he was ashamed of the scar because he hated the idea of anyone knowing that he’d ever been at the mercy of a woman. He had enormously complicated feelings about women, a fascinating mixture of attraction, hatred, and—above all—distrust.

Now that you’ve extensively researched Duke Ellington and Louis Armstrong, who do you have more of an affinity for? Why?
Again, that’s a tricky question. Louis Armstrong was clearly the more likable man, in part because his personality was so completely open and unguarded. Ellington, however, was far more intriguing, for the opposite reason: he only showed you what he wanted you to see, and nothing more. I guess I’d have to say that I would have preferred to be Armstrong’s friend—though I think it would have been great fun to hang out with Ellington on occasion. I’m not sure I would have wanted to work for him, though.