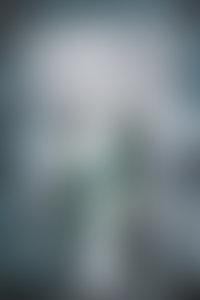 Thomas Brennan‘s day job as an Emergency Medical Dispatcher helps fuel his writing of all types of fiction: speculative, fantasy, crime, and literary. He has a particular fondness for Victorian fog and shadows, early science, and what might have been.

Can you describe your inspiration for writing DOKTOR GLASS?

I’ve always had a fascination for all things Victorian, an age when science, religion, medicine and engineering all collided and the edges of knowledge became blurred, frayed. That age’s own fascination with Spiritualism and the occult, and the tension between hard science and belief, gave me the springboard. One day I walked past the forgotten Victorian archway of an impressive brick building off Hope Street in Liverpool where the inscription read ’Liverpool Infirmary’ and everything just fell into place.

You live in Liverpool, the setting for the book. What was the experience of writing about your home town like?

I thoroughly enjoyed discovering the city’s old bones, from the cathedral’s sunken cemetery to the Edge Hill railyards, from the Docks to the Toxteth mansions. So much remains from Liverpool’s successful past, so many fine old buildings. There really is a vast network of tunnels under the city, a thought which scares and exhilarates me. The skeletons are there if people just look…

DOKTOR GLASS is grounded in history and features some real–life characters. How extensive was your research for this book and how did you go about it?

I spent a lot of time in background research, on the web and in the fine Victorian Central Library, but I didn’t want to bury the idea beneath fact and description – I see the story ’leaning’ on reality, on historical fact. To be honest, most of my research involved, as I mentioned above, walking around the city and absorbing as much detail and atmosphere as I could.

Inspector Langton is a veteran of the Boer Wars. This is a conflict that some readers in the US may not be familiar with. Could you provide a little background?

In the 19th century, Africa was seen as a vast resource just waiting to be carved up by the European empires (France, Portugal, Belgium, Germany and Britain). Diamonds, minerals, manpower, gold – especially gold. The Boer Wars (1880–1881 and 1899–1902) were the result of rebellion against British rule, initially in the South African Transvaal region, where farmers (’boers’) of Dutch background fought for independence. In Doktor Glass, I’ve compressed the two wars into one timeline but tried to lose none of the horror: as Langton states in the novel, atrocities were committed on both sides.

If a transcontinental bridge like the Span had actually been built, how do you think it might have changed history? Do you think it would have had a positive impact? What would the drawbacks be? The world’s longest traffic jam, perhaps?

I think it would have changed modern history mainly for the better – instead of slow, cumbersome ships plying the Atlantic, imagine a constant unending stream of goods, men and material travelling between the US and Europe. Clean, constant power instead of belching smokestacks… A journey of days instead of weeks… And ideas travel too…

On the negative (traffic jams aside) weapons and disease also travel faster by train – war(s) may have been easier, epidemics wider. But overall I think I share the Victorians’ belief in the power of engineering, in the power of ’Grand Projects’. I’d like to think there may have been something a little bit wonderful about The Span.