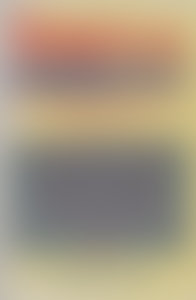 Stanislav Grof, M.D., is a psychiatrist with more than thirty years of research experience in nonordinary states of consciousness. He was born and educated in Prague, Czechoslovakia, and received an M.D. from Prague’s Charles University School of Medicine, where he specialized in psychiatry. He was the principle investigator for a program at the Psychiatric Research Institute that explored the potential of psychedelic therapy. For his dissertation on this subject, he was awarded a Ph.D. by the Czechoslovak Academy of Sciences.

In 1967 he was invited to Johns Hopkins University as a clinical and research fellow and to the research unit of Spring Grove State Hospital in Baltimore, Maryland, where he continued his psychadelic research. In 1969 he was offered the position of chief of psychiatric research at the Maryland Psychiatric Research Center and of assistant professor of psychology at Henry Phipps Clinic. The research team he headed systematically explored the value of psychedelic therapy in neurotics, alcoholics, drug addicts, and terminal cancer patients.

Stanislav continued these functions until 1973, when he moved to California and became scholar in residence at the Esalen Institute in Big Sur. Since that time, he has focused on exploring the potential of experimental psychotherapy without drugs, in addition to writing and conducting seminars worldwide. He is one of the founders and chief theoreticians of transpersonal psychology and the founding president of the International Transpersonal Association. He has published more than ninety papers in professional journals and is the author of Realms of the Human Unconscious, The Human Encounter with Death, LSD Psychotherapy, Beyond the Brain, and The Adventure of Self-Discovery. He was also editor of the volumes Ancient Wisdom and Modern Science and Human Survival and Consciousness Evolution.