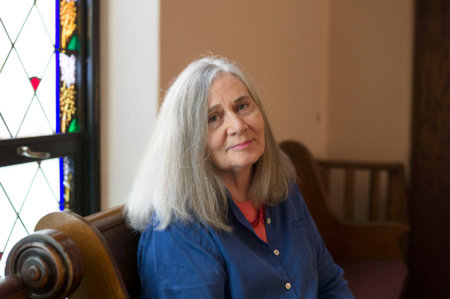 MARILYNNE ROBINSON is the recipient of a 2012 National Humanities Medal, awarded by President Barack Obama, for “her grace and intelligence in writing.” In 2013, she was awarded South Korea’s Park Kyong-ni Prize for her contribution to international literature. She is the author of Lila, winner of the National Book Critics Circle Award and a finalist for the National Book Award; Gilead, winner of the 2005 Pulitzer Prize for Fiction and the National Book Critics Circle Award; and Home, winner of the Orange Prize and the Los Angeles Times Book Prize, and a finalist for the National Book Award. Her first novel, Housekeeping, won the Hemingway Foundation/PEN Award. Robinson’s nonfiction books include What Are We Doing Here?, The Givenness of Things, When I Was a Child I Read Books, Absence of Mind, The Death of Adam, and Mother Country, which was nominated for a National Book Award. She lives in Iowa City, where she taught at the University of Iowa Writers’ Workshop for twenty-five years.