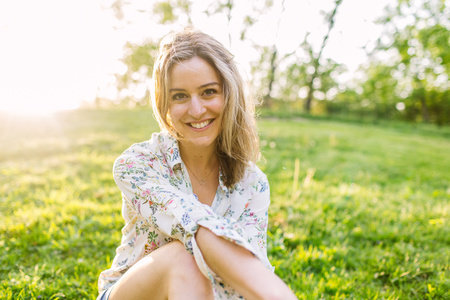 Michelle Miller worked at J.P. Morgan Private Bank and as a consultant in Palo Alto, New York, and Europe before leaving to pen The Underwriting. Her writing has appeared in The Huffington Post and on Medium. She holds a BA and an MBA from Stanford University, and currently splits her time between New York and her hometown of Asheville, North Carolina.

A multi-billion-dollar deal brings together six ambitious young professionals in The Underwriting, part corporate thriller and part social satire. There’s hyper-driven Tara, who runs six miles every morning no matter how much she has slept, and stays vigilant about taking her anti-anxiety meds; Todd, a playboy who disposes of women faster than he can remember their names; Juan, a do-gooder who comes from a poor background and desperately wants to give back to his community; Amanda, a husband-hunter who considers being single at twenty-eight in New York worse than a death sentence; Nick, who has inflated his own ego so high he can’t see anything else; and Charlie, an activist and journalist.

Hook is a hugely successful dating app, and when Todd Kent is tapped to take it public, the lives of these six intersect in unexpected ways. Underneath the high jinks there is heart, and everyone in this book is searching for something, whether it be fame, meaning, or love.

PENGUIN RANDOM HOUSE:What was the inspiration behind The Underwriting?

MICHELLE MILLER: I wanted to show the present-day, under-thirty-five view of Wall Street and Silicon Valley. I wanted to show what the work of an investment bank and tech start-up are really like, but also to get into the social lives of young people in these worlds: the dating apps, the drugs, the occasional existential crisis. I feel that both worlds are so talked about in the news media, but very little fiction has delved into what it’s like to be a young person trying to make it in these worlds. Fiction felt like the right medium to tell that story in a way that could be both entertaining but also, I hope, inspire understanding.

PRH:You hold a BA and MBA from Stanford University, and in the book, delve into the lives of bankers and tech geniuses alike. How did your experiences shape the writing of this book?

MM: I spent my twenties between New York and San Francisco, bouncing between consulting, start-ups, school, and, finally JP Morgan’s Private Bank in Palo Alto during the Facebook IPO. The Underwriting is purely fiction, but the characters are really real to the worlds, and would have been impossible for me to understand or believe if I hadn’t spent so much time around them. Wall Street and Silicon Valley really are such unique cultures — from the outside it’s easy to see the arrogance and the greed and also the fun and the sexiness, but when you’re in them, you also feel the pressure and the anxiety and the insecurity and the imbalance: I hope that I captured both those sides of the worlds accurately through my characters.

PRH:The book focuses on six ambitious young professionals. Are you attached to any of these characters more than the others? What was it like getting into so many different heads?

MM: I genuinely love all the characters, though some of them took me a while to warm up to. It was incredibly important for me that readers care about all the characters (even if they didn’t like them) — unfortunately, to write in such a way that readers care, you as the author have to first. And so I spent a lot of time learning to love them — it took me a long time with Nick: I literally walked around Hyde Park for hours and hours, trying to feel his fears and his pain and empathize with them. Tara was another hard one for me: she is really similar to me, and I tend to be really hard on myself, and so I was really hard on her, too: interestingly, realizing how much harder I was on her than other characters made me realize how unnecessarily hard I was on myself, and I know I grew a lot as a person from learning to lighten up on her.

In terms of process, I relate a lot to method actors. I have pages and pages on each of their backgrounds — important things like their relationships with their parents and when they lost their virginity and what they don’t like about themselves. When I’m writing from their perspectives, I delve into that full tilt: I have different music I listen to for each of them, and get so emotionally involved it really is exhausting and affecting. I know not to see people on Charlie days (I am so dark) and tend to be a really good time at parties after I’ve spent a day playing Todd. My process for him is basically to shut off eighty percent of my brain and commit half of what’s left to sex, which is delightfully freeing if, as you see in his story, completely unsustainable.

PRH:A theme of the novel seems to be finding one’s path in life. In an author’s note, you talk about the experience of getting ready to graduate with your MBA, and partly wishing you’d gone for your MFA. In what ways are the characters finding their own paths — even if it’s not what they expected?

MM: A lot! It feels to me like we as a society are in the age of “finding one’s path”: getting more introspective about what really matters. I think the financial crisis was a real jolt to the American values system: it showed that nothing was guaranteed, that money could disappear, that pensions could go away. I think anytime that happens, it makes you question why you’re doing what you’re doing, and step back to realize that time is the more precious commodity. I feel very fortunate that that lesson hit me when I was in my twenties, still flexible and wide-eyed enough to make a permanent life shift based on that new-found belief. I hope that, over time, my generation holds onto that “there’s more to life than money” mentality to create a more balanced, equal and sustainable business universe and society.

PRH:Any advice for writers — or ambitious people like the ones you’ve written about?

MM: Fear and anger are worthless emotions. I have never done anything worthwhile or good when I was in a state of fear or anger, and taking time to learn how to recognize them when they are happening and develop tools to self-correct into a better state is the best thing I have ever done for my writing, my work, and my life.

PRH:The Underwriting originally appeared on a website as a serial. Can you talk about your process of writing the book — first as a serial and then of shaping it into a novel?

MM: Serials and novels are, to me, like photography and painting: they’re very different mediums, and come out differently even if the subject is the same. I feel really lucky to have had the opportunity to work in both (and now, writing for television, an entirely new third). With the serial, I thought of my role as “facilitating conversations”: I wanted people to read an installment and spend the week until the next talking about it or thinking about it, but I didn’t feel any need to “take a stance” so much as to “propose an idea.” The novel, though, felt much more about me and my view, and being clear, by the end, about my own artistic message. It was much more difficult for me, because it forced me to really articulate how I felt about the issues in the book without presenting them in a way that felt moralistic.