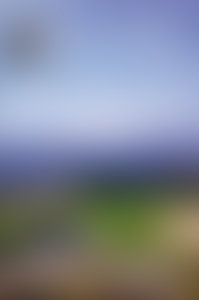 Besides being an acclaimed New York Times bestselling author, James R. Hansen has always been an avid golfer and plays to a six handicap.  Hansen has played and studied more than six hundred courses around the world. He lives in Auburn, Alabama.

Sign me up for news about James R. Hansen and more from Penguin Random House

A Conversation with James R. Hansen, author of A Difficult Par

Of all the golf course architects, why did you choose to focus your attention on Robert Trent Jones, Sr.?

No golf architect is more historically significant than Robert Trent Jones, Sr. In a career spanning 70 years, from his first golf course in 1930 to his death in 2000, he spread the gospel of golf by designing over 400 courses in the U.S. as well as 27 countries on five continents. Because his journey to the status of “the world’s greatest golf architect” was unprecedented, nothing in the history of golf compares with Jones’s epic life story.

Why is your book called A Difficult Par?

Trent Jones believed that every golf hole should be “a difficult par but an easy bogey.” Throughout his long career, this principle guided the design of all of his courses throughout America and the world. But the title connotes much more than this literal meaning. Starting in the middle of the Great Depression, Jones’s quest to become “the world’s greatest golf architect” was far from easy to achieve, either personally or professionally. The title A Difficult Par conveys a sense of the difficult times and circumstances he had to overcome to become one of golf’s most distinguished architects.

In what respects was Robert Trent Jones Sr. responsible for the making of modern golf?

Trent Jones was the man behind many of the defining forms, shapes, and challenges of the modern golf course. He admired the skills of the touring pros, but also understood that the courses they played should test the limits of their skills. Jones made sure that golf at its highest levels was a kind of athletic chess, a game that had to stimulate the mind as well as engage the muscles. At the same time, he understood that in order to prosper in the long term as a popular sport, and not just as an arena for elite practitioners, the courses had to be fun for everyone. No one had ever understood the balance required to achieve that blend of complexity on the one hand and simplicity on the other until Jones made the connection between them explicit.

Jones came to be called “The Open Doctor.” What is the meaning of that name? Is it a moniker that got passed down to one or both of his sons?

Twenty U.S. Opens, were contested on Jones-designed courses, beginning with his radical transformation of Oakland Hills Country Club near Detroit, Michigan, for the 1951 U.S. Open, won by Ben Hogan, who famously remarked at the end of the tournament that he had finally “brought this monster to its knees.” Jones’s “doctoring” of the Oakland Hills golf course, i.e. transforming the layout by lengthening the course, narrowing the fairways, adding a number of strategically placed fairway and greenside bunkers, and changing green shapes to add championship hole locations, became the standard layout by which most modern golf championships was played. In the coming years several U.S. Open host clubs hired Jones to modernize and similarly toughen their courses, earning him the title “The Open Doctor.” In the process, Jones established a new paradigm for championship golf, one that remains to this day. The distinction of being “The Open Doctor” has since passed to his younger soon Rees Jones, who, following in his father’s footsteps, has worked regularly for the past 20 years to prepare U.S. Open venues for national championship competition.

There is no way to tell the story of the father’s life without delving deeply into the story of his two sons. Robert Trent Jones Jr. and Rees Jones both became world renowned golf architects in their own right. But their sibling rivalry over the years grew so intense that their personal enmities, bordering on the pathological, came in many ways to overshadow their many considerable accomplishments. In this sense, A Difficult Par is a family biography, one telling the troubled saga of the Jones dynasty in golf architecture, a family—fractured as it was–that contributed more than 900 golf course designs worldwide.

Did you come upon any interesting information in the research of this book?

My research uncovered over 400 love letters written between 1930 and 1935 by Trent Jones to his eventual wife, New York City debutante Ione Tefft Davis, during what turned out to be their long and torturous five-year engagement. These precious letters provide vivid and moving insights into Trent Jones’s driving ambition and dogged willfulness as well as into his financially miserable and spiritually exasperating early years as a fledgling golf course designer.

Can you shed any light on the feud between the Jones sons? Do you think they will reconcile?

My book sheds a very bright light on what has been a long-lasting feud between Jones’s two sons, Bob Jr. and Rees. A Difficult Par looks at the feud from every possible angle. Besides looking at it from the conflicting perspectives of each brother, it reviews all extant materials illuminating the thoughts of Robert Trent Jones Sr. and his wife Ione about the antipathies between their two sons. Those materials include personal letters never before seen outside the family as well as different oral history interviews conducted with Trent Sr. during the last decade of his life. To his dying day, Trent Sr. remained stubbornly optimistic that his two sons would not only someday reconcile but also come back to work together for the parent company. Unfortunately, I feel that there is absolutely no hope that the two brothers will ever let bygones be bygones.

There is some controversy about courses that are attributed to RTJ – which may or may not be his. Where does that come from? How do we not know what some of his courses are?

Creating a comprehensive list of the golf courses of Robert Trent Jones, Sr., or any other golf course designer, is more difficult than one might imagine; it is not a controversy unique to Trent Jones alone. The main difficulty lies in establishing clear, logical, and historically valid criteria for including any given course on the list. In the case of the majority of golf courses, more than one person was involved in the design process. Often there was a team of designers within an architectural firm that did the work together, in which cases it is nearly impossible to distinguish who did what. In theory, it may seem possible, by studying the detailed records of a golf course project, to specify the credit for the design where credit is due. The truth is, however, such records often do not exist—and, even when they do, the nature of the documentation is such that it does not reveal much about who did what in terms of designing the different elements of the golf course.

What is your favorite RTJ course?

Whenever Trent Jones was asked, “Of all the courses you have designed, which one is your favorite,” Jones always smiled and answered, “The next one.” So I will give the same sort of answer. My favorite RTJ course? The next one I play.