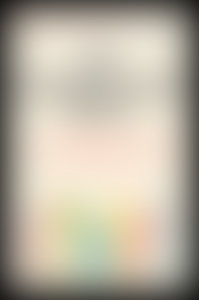 Nicholas DiFonzo earned his Ph.D. in Social & Organizational Psychology from Temple University in 1994 where he was awarded the Marianthi Georgoudi Dissertation Award for philosophical and theoretical contributions to the field of Psychology. He is currently Professor of Psychology at Rochester Institute of Technology where he teaches Social Psychology, Industrial/Organizational Psychology, and Graduate Statistics. He is a member of numerous professional associations including the American Psychological Association, the American Psychological Society, and the Society for Personality and Social Psychologists.

Dr. DiFonzo has published numerous articles, book chapters, encyclopedia entries and technical reports pertaining to the topic of rumor. His book, Rumor Psychology: Social & Organizational Approaches (written with Prashant Bordia), was published by the American Psychological Association and won the Gold Medal-2006 ForeWord Magazine Book of the Year Award in the psychology category. His general press book is The Watercooler Effect: A Psychologist Explores the Extraordinary Power of Rumors.

He has studied how rumors propagate through networks in social space and across time, the mechanisms by which rumors become accurate or distorted, motivations involved in rumor transmission, processes involved in believing a rumor, how rumor is differentiated from other forms of communication, the effects of hearing rumors and rumor denials, psychological mechanisms by which rumors are effectively refuted, how rumor processes are affected by organizational trust, and how rumors influence social and economic behavior.

Dr. DiFonzo received a grant from the National Science Foundation to investigate how rumors propagate through social networks over time. He also received funding from the Institute for Public Relations to study corporate rumors, their effects, and how top corporate public relations officers handle them. Dr. DiFonzo organized and maintains an Internet discussion group, for scholars interested in the topics of rumor and gossip.

He has pursued practical applications of rumor theory including how harmful rumors may be most effectively refuted. Dr. DiFonzo has given numerous presentations and invited addresses at academic conferences on rumor, as well as seminars and lectures to business audiences on rumor and rumor management. Dr. DiFonzo has served as expert trial witness on the topic of rumor for the Procter & Gamble Corporation and for the City of Los Angeles.

Sign me up for news about Nicholas DiFonzo Ph.D. and more from Penguin Random House