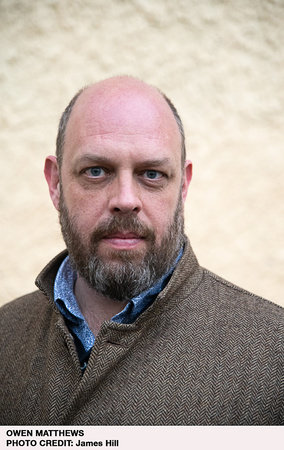 OWEN MATTHEWS reported on conflicts in Bosnia, Lebanon, Afghanistan, Chechnya, Iraq, and Ukraine, and was Newsweek‘s bureau chief in Moscow. He is the author of Black Sun (2019), the first book in the series of political thrillers featuring KGB major Alexander Vasin, and is also the author of several nonfiction books, including Stalin’s Children, Glorious Misadventures, and An Impeccable Spy.