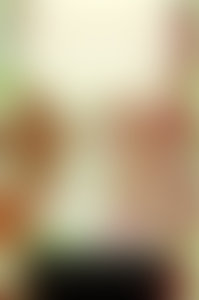 Scholars have determined that there were at least six Thomas Malorys alive in the 1400s when Le Morte d’Arthur was written. Considerable evidence points to the likeliest author as one Sir Thomas Malory or Maleore of Newbold Revell in Warwickshire, who was born in the first quarter of the fifteenth century. A member of the gentry, he became a soldier in the service of Richard Beauchamp, Earl of Warwick, with whom he fought in the siege of Calais in 1436. In records of the period he is accused of various crimes–including armed robbery, attempted murder, and rape–and he is said to have executed several dramatic escapes from prison.

Several things about Malory seem indisputable. As in Arthur’s time when post-Roman Britain was in a state of fierce tribal war, he lived in an age of great unrest. Europe was still recovering from the Black Plague and a century of war. In England, two powerful families fought for the throne. Although he may have been a scoundrel, Malory was also, it seems clear, a man of ideals who believed in courage and loyalty, and who mourned the passing of chivalry. Incarcerated for long periods, he had many hours to fill his imagination with French romances and tales of chivalry, volumes of which were readily at hand. It is thought that Le Morte d’Arthur was written during his imprisonment.

Malory referred to himself as a ‘knight-prisoner.’ With a military man’s passion for the details of conquest, a prisoner’s sense of injustice, and a penitent’s desire for redemption, he dedicated himself wholeheartedly to this retelling of the Arthurian legends. Sir Thomas Malory died, it is presumed, around 1471.