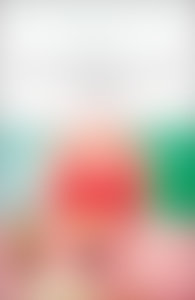 The Mother-in-Law Cure (Originally published as Only in Naples)

In 1996, a young Katherine Wilson, member of the Wilson Sporting Goods family raised to exacting East Coast standards in Washington, DC, took a break from those expectations and headed to Naples for a semester. Two decades later, living in Italy, married to a Neapolitan man, and mother of two, Wilson has written a book about bridging cultures, languages, and affairs of the heart through dishes that have since become shorthand for Italian food in her native United States.

In Only in Naples, Wilson navigates her adopted city on her own terms, pursuing an acting career and taking heed of unfamiliar ways with a witty, insightful, and ultimately accepting eye, better understanding herself in turn. Learning to understand Naples, though, required the right accomplice. Wilson found hers in Raffaella Avallone, the formidable woman who would become her mother-in-law and guided her through the city’s way of life: its food, its unshakable daily, weekly, yearly rhythms, its insistence on being in the world.

Now living in Rome, Wilson and her family learn to cook and eat erbette, a Roman green not found in Naples (and the subject of the book’s episode above), while looking forward to frequent visits from Raffaella, who arrives with suitcases stuffed with pizzette and mozzarelline from home. “Insomma, Naples is not just a more southern version of Rome. It’s an entirely different country altogether,” Wilson comes to see.

Through it all, Raffaella teaches her daughter-in-law to work a Neapolitan kitchen. She shares her recipes in this book, as well, each one requiring several pages not in American recipe style, but in prose form: cooking is done by people, not by measuring. On frying eggplant for Parmigiana di Melanzane, Katherine indirectly translates: “Now ease the slices in for their hot bath. Put in enough pieces to cover the surface of the oil but not so many that they’re crowded on top of each other. (Think of vacationers on the beaches of the Amalfi coast in mid-August. People are touching each other, but it would be uncool to get on top of anyone.)”

We spoke with Wilson by phone about what it’s like to see Naples from the outside in.

PENGUIN RANDOM HOUSE:Only in Naples is about becoming part of a Neapolitan family, but it could also have been called Naples and Raffaella. Why does your mother-in-law show up as the main character here?

KATHERINE WILSON: Neapolitan culture is matriarchal, so when you’re embraced in a Neapolitan household the way I was, you’re embraced by the mother first and foremost and she’s the centerpoint of the family. When I arrived in Italy I was very young so my story is a little bit of a coming-of-age story: this woman took me in and fed me and raised me in a way that was very different from my mother and my childhood. I was used to a lot of planning and micromanaging in my over-achieving East Coast background whereas in Naples there was no judging whatsoever and the love was very much in the present and she took care of me immediately without too much thinking about the future and worrying what was going to happen with her son and this American woman.

PRH:How did cooking and eating help you find your way into a foreign city?

KW: I think when you talk about Italian culture, it’s inevitable that food is going to be at the center of it, because food is at the center of life and relationships are expressed through food, through the preparation and consumption of it. There’s also the fact that I didn’t have a healthy relationship with food and my body when I arrived. I had an eating disorder. There’s an italian word, carnale. It means a way of living in your body and celebrating your appetite that was very healing for me. In my culture, in the United State, appetites were to be reined in rather than satisfied and celebrated and with that there was a sort of discomfort with my own body. When I became part of this world where sharing food and enjoying food was tied into the sacredness of the day it was transformative.

PRH:And how did food help you tell this story?

KW: My mother-in-law’s love is expressed through food and through what she cooks. Learning from her how to prepare those dishes and also eating those dishes and receiving her love was really the story of my coming of age in Italy. Then I found that when I became a mother, the food became for me, too, the language of love with me and my children. I also think that the culture itself can really be seen in the recipes, and in the way my mother-in-law prepares those recipes — the fact that things can’t be rushed, that you need to trust your body in the cooking. When I asked her for quantities, it was excruciating, she kept saying it’s all’occhio, “by the eye,” it’s by the feel of your hands. She said, Do you Americans not trust your body, you have to have numbers? It was a generalization obviously, but it’s very much true in my case, I didn’t trust my body, and my senses.

PRH:The recipes at the end of your book are written like small chapters themselves: I got the sense that capturing Rafaella’s cooking in a book can only be done by way of conversation. What is it about food and talking in Naples?

KW: You really get a window into Neapolitan mentality and Neapolitan dialect, it’s not Italian, it’s Neapolitan dialect. There’s always an expression, when she’s cooking, that you can take as one of life’s lessons, like [the passage in the book] with the octopus stewing in its own juices. I still try to push my husband on things, and she always reminds me, Let him stew in his juices, like the octopus. In the dialect, in the way that she relates to food and preparing food, there’s a whole world view that’s also very wise.

PRH:You write that in Naples mealtimes are sacred. They seem tied not only to home but also the rhythms of the city outside. How are not only Neapolitans but Naples itself shaped by these sacred times of the day?

KW: Yes, they are. It’s the way that business and everything that’s going on in the city is influenced by mealtime. The way that life is structured, it’s organized around meals. While the rest of Italy is becoming more American, in Naples you still have stores that close at 1:00 and don’t reopen until 3:45. People go home and eat, they don’t just grab something and go. They eat, and then they sit and digest. There are all these Neapolitan expressions about the bad things that can happen if you eat and then just go and do something else. For an American you think, OK, I’ve had lunch, now I want to go do something, I want to go shop or go somewhere else. But you can’t, it’s impossible, everything’s closed so you learn to slow down. And then there are the holidays, when you sit at the table for four or five hours.

PRH:You give funny and insightful play-by-play accounts of adjusting to Neapolitan culture. What are some ways in which you’re different from the Katherine who arrived in Italy in 1996 and the Ketrin who lives there now?

KW: I think a lot of what I learned can be summed up in the word sdrammatizzare, to take the drama out of something and to laugh at the absurdity of life and laugh at people’s idiosyncrasies. I guess you could say light-hearted: It’s about not taking anything so seriously. When I arrived, I was so earnest and the stakes were very high for everything. When you learn this sdrammatizzare you learn to laugh at life and it helped me a lot, it made my life and my relationships a lot less weighty.

I guess everybody who lives in two cultures feels like they have a split personality. When I speak Italian I probably don’t speak about my true self, I’m more formal, and when I speak English I have a different personality. As I tell my kids, you don’t need to choose an identity but you can be richer for having both, and if you find the humor in the difference, that’s the key that underlines that beneath it we’re all human, we’re all the same, so difference can be celebrated and you can find the humor rather than the contrast which separates.

PRH:Italy is famously varied from region to region, and after marriage you and Salvatore relocate to Rome. Outside of football teams, what are some of the adjustments one must make between Naples and Rome?

KW: It really is a different country and I didn’t realize that before, I thought, OK, the accent is slightly different. But there’s a different world view, and there’s a different sense of humor. When I’m out with my husband, I say I need to translate because [he and Romans] don’t understand each other: one will tell a joke and the other doesn’t get it. It’s almost more confusing because they think they speak the same language, but they don’t.

Rome is now an international city and it’s big and there are people from all over the place, whereas Naples is still very provincial by comparison. I was talking to my publisher in Milan and they won’t put the word Naples in the title, because Naples gets a terrible rap in Italy. I started writing when I already moved away, and I heard friends say Naples is corrupt and dirty and that they’ll try to cheat you there. And I thought, That doesn’t correspond to my experience. My experience was of this incredibly big-hearted people and this big sensory experience. I recently heard that all the great Neapolitan songs were written by Neapolitans who had left, there’s nostalgia for their homeland.

KW: It’s very loud. It’s a total fritto misto of languages and expressions. So we all kind of grab the word in whichever dialect or language works in that moment, which means that no one else can really understand what we’re getting at. We’re like a tribe with our own language. If you ask my children, who were both born in Rome, they’ll say, We’re Neapolitan-American. They’ll say, Our father’s from Napoli and our mother’s American. Their Neapolitan identity is very strong. The soccer team is one thing, the food, their grandmother’s recipes, is another. They go to an international school, they’re not in the Roman environment much, but my son who plays soccer with a Roman team finds it very entertaining to translate the Roman street words into Neapolitan, which gives him enormous street cred.