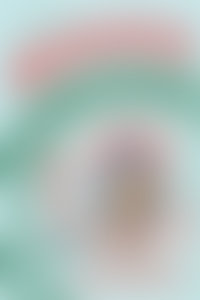 Sara Saedi was born in Tehran, Iran smack-dab in the middle of a war and an Islamic Revolution. As the story goes, she entered the world to the sounds of bombs exploding near the hospital. Though her memory of the day is a little fuzzy, the life and death stakes surrounding her birth helped prepare her for a writing career. Sara received a B.A. in Film and Mass Communications from the University of California, Berkeley and began her career as a creative executive for ABC Daytime. In 2010, she left the company to pursue her dream of being a writer. She’s since penned three TV movies for ABC Family, won a Daytime Emmy for What If…, a web series she wrote for ABC, and worked as a staff writer on the FOX sitcom The Goodwin Games. Most recently, she wrote a pilot for The Disney Channel and sold her debut YA novel Never Ever to Viking Children’s Books for publication in summer 2016. She currently resides in Los Angeles with her husband and her pug, Mabel.

Americanized: Rebel Without a Green Card