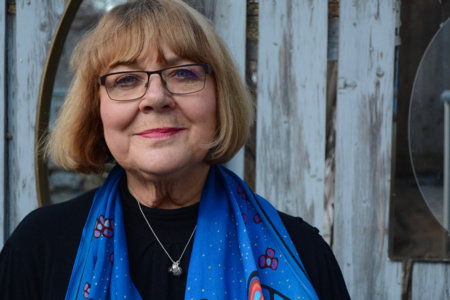 GAIL BOWEN’s first Joanne Kilbourn mystery, Deadly Appearances (1990), was nominated for the W.H. Smith/Books in Canada Best First Novel Award, and A Colder Kind of Death (1995) won the Arthur Ellis Award for best crime novel; all 14 (and counting!) books in the series have been enthusiastically reviewed. In 2008, Reader’s Digest named Bowen Canada’s Best Mystery Novelist; in 2009, she received the Derrick Murdoch Award from the Crime Writers of Canada. Bowen has also written plays that have been produced across Canada and on CBC Radio. Now retired from teaching at the First Nations University, Bowen lives in Regina. www.gailbowen.com.

A Darkness of the Heart

In her 1972 book Survival, Margaret Atwood speculated that we can tell a great deal about a nation by the way it portrays animals in its fiction. It’s a provocative theory, and I thought I would borrow her approach to look at the detectives in the crime fiction of Britain, the USA, and Canada to see what these fictional detectives tell us about national psyches and about our differing attitudes towards society and the law. Let’s look at Britain first, where crime fiction started shortly after the world’s first police force was established.

From Sherlock Holmes, the first and greatest detective in history, to the incomparable Inspector Jane Tennison of the Prime Suspect TV series, British crime fiction has been dominated by those who revere law and order. In fact, the majority of sleuths in British crime fiction are police officers, like Ngaio Marsh’s tough but cultured Chief Inspector Roderick Alleyn, or like Inspector Alan Grant, Josephine Tey’s splendid Scotland Yard detective who is brilliant, suffers from bad nerves and has an uncanny ability to spot the dishonest face in a police lineup. Agatha Christie’s Hercule Poirot, with his egg-shaped head and his tremendous confidence in his little grey cells was a prized professional in the Belgian police. More recently, Colin Dexter has introduced us to Inspector Morse, Ruth Rendell to Inspector Wexford, P. D. James to Inspector Adam Dalgliesh, Ian Rankin to Inspector John Rebus. Fine inspectors all.

British detective fiction is imbued with the notion that, although the individuals who carry out the law may sometimes fall short of the mark, the laws that society has enacted are just, and the legal system itself is sound and worthy of respect. The ethos of the British detective novel can be stated simply:I the best of all possible worlds that is Britain, a detective who deals fairly with his quarry, and exercises reason and logic in the pursuit of the truth, will ultimately achieve justice.

Contrast this with the world view of American detective fiction. For starters, very few of the protagonists of American mysteries are with a police force (only James Lee Burke’s Dave Robicheaux and Michael Connelly’s Harry Bosch spring to mind, and both of these protagonists are outsiders in their own police forces). Those who have been professionally connected to the business of law and order generally have left it behind long ago. Ross Macdonald’s Lew Archer was with the Long Beach Police Department, but he was too honest to stick it out there, so he became an independent investigator. Sara Paretsky’s V. I. Warshawski used to be a lawyer, but she was frustrated by the corruption and red tape of justice Chicago style, so she left the law and became a private detective.

The styles of American private detectives are diverse, from the hard-boiled, such as Mickey Spillane’s Mike Hammer, and the urbane, for example Philip Marlowe and Nero Wolfe, to the feminist V. I. Warshawsi and Sue Grafton’s equally independent if not equally political Kinsey Milhone. What they all have in common is that they all see the law as an institution that is pitifully vulnerable to manipulation by the rich and the powerful, and which is, for that reason, fundamentally unjust.

The ethos of the American crime novel can be stated simply: In an unjust and deeply flawed society in which no person and no institution is trustworthy, the individual can achieve justice only through trusting her own instincts and being vigilant in her own efforts.

Now we come to our own Canadian fictional detectives, and to Canada’s unique contribution to the genre: the reluctant sleuth, people much like ourselves, except for the bad luck of repeatedly finding dead bodies. Canadians did not invent this convention, but we have made it our own.

To me, there is something revealing about the fact that so many Canadian mystery series are headed up by ordinary people who, when they are confronted with injustice, simply roll up their sleeves and do what they can to right it. Unlike their American counterparts, Canadian fictional detectives tend to have roots in their communities and strong networks of family and friends. They also have jobs much like our own: the late Bunny Wright’s Cassandra Mitchell is a librarian; Suzanne North’s Phoebe Fairfax is a camerawoman; Alison Gordon’s Kate Henry is a sportswriter; my own protagonist, Joanne Kilbourn, is a university teacher. Howard Engel’s private detective Benny Cooperman is impossible to imagine away from his fictional town of Grantham. That these people are not lone wolves like their American counterparts, but people who live and work in a community reflects the fact that historically we have placed high value on collective, not individual, action.

If the watchword of British crime fiction is “Fair play,” and that of American crime fiction is “Walk softly and carry a big stick,” perhaps our Canadian watchword is simply “Do your best.” The ethos of Canadian crime fiction can be stated simply: In a flawed but fundamentally decent society, a person of ordinary intelligence and common sense can work within the system and bring a villain to justice.