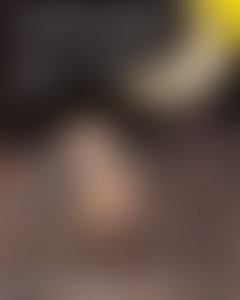 “I have written about some of the world’s most interesting people—Cleopatra, Shakespeare, Shaka, and Joan of Arc, just to name a few. I chose them not only because they were important but also because their stories were dazzling. If I am fascinated, it stands to reason my readers will be, too.

“Before I begin a book, I do a lot of reading. You might think that one big, thick biography of my subject—say, six hundred pages—would provide more than enough facts for a book for children that will only be 48 pages long (and full of pictures). Why, then, do I read lots of those big, thick books? Because what I am looking for is not just facts—like when my character was born, what battles she fought or books he wrote (depending on the subject). I am looking, instead, for the big picture that eventually will emerge out of all those facts. I read book after book until I start to get a feel for the subject. I need a lot more information than I could ever use just to get to the point where I feel like I can truly tell the story.

“As I learn more and more about my subject, I begin to organize the book in my mind. There are always little extra things I feel I need to say, that end up at the front or back of the book. For Joan of Arc I had to tell my readers about the Hundred Years’ War and for Leonardo da Vinci I had to explain about the Renaissance. In Cleopatra, I had to make clear that her history was written by her enemies, almost a hundred years after her death. And in lots of the books, I add a little postscript to tell how things all turned out in the end.

“All historical figures come to us trailing myths. One of my jobs is to set the facts straight, to tell my reader when the myths are false (such as the fact that Cleopatra was neither Egyptian nor beautiful). If historians aren’t sure whether something actually happened or not, I tell my readers that, too.

“In writing about a famous person, such as Peter the Great or Queen Elizabeth, I need to tell more than just the facts of their lives. That is what I call the ‘front story,’ but there is also a ‘back story’ — think of it as the props and scenery of a play. Famous people from history lived their lives, after all, in a specific place and time — and Tsarist Russia (in the case of Peter) was altogether different from Renaissance England (in the case of Elizabeth). If the reader doesn’t have a feeling for the world my subject lived in, the story won’t really come to life.

“The final ingredient is the pictures and the design of the book. I think sometimes that I put as much research into the art as I do the text. Whether it’s a Florentine artist’s studio or an Alexandrian palace, I have to reconstruct it as carefully as I can. That goes for the appearance of my cast of characters and the costumes they wear, too. Even the food they eat, the carriages on the street, and the look of the landscape has to be researched. In the last few years, I have begun traveling to the location to do research. It’s pretty amazing, for example, to stand in the very house where Joan of Arc was born!

“I think history is fascinating. It is, after all, an account of the most important things that ever happened. And it’s all about people, too, amazing people. If I have done my job well, then my young readers will come to find it just as exciting as I do.”

Diane Stanley was born in Abilene, Texas and grew up in New York, Texas and California. She studied to be a medical illustrator but changed her mind when she discovered children’s books through reading to her own children. She has been writing and illustrating them for over twenty years. She has two grown daughters, Catherine and Tamara, and a teenaged son, John. She lives in Houston, Texas with her husband and frequent collaborator, Peter Vennema.

She is also the author of Moe the Dog in Tropical Paradise and Woe is Moe (both Putnam), as well as a young adult novel, Time Out. She is beginning the research for a biography of Michelangelo.