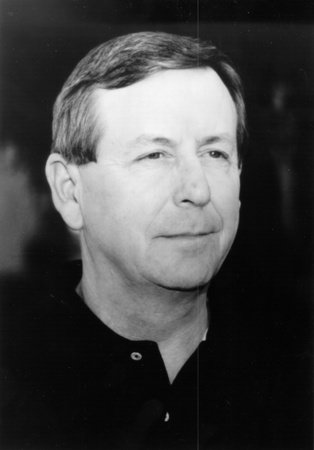 “I’ve learned there’s no such thing as wasted writing or bad writing. All writing leads to better writing.”—Jerry Stanley

Being a writer is one of the great achievements of my life. As a teenager growing up in Detroit, Michigan, I hated school, all my teachers, and learning in general. When I was expelled from high school at the age of seventeen for fighting, I had passed two units—one in woodshop and one in gym. In bidding me farewell, my counselor fired his last shot at my self’-esteem: “Stanley,” he said, “you’re so dumb you couldn’t finish school even if you tried.”

It has taken a lot to prove him wrong. I joined the Air Force to get away from home and after a few years started taking correspondence courses through the mail. During the day I drove bulldozers and forklifts, and at night I learned how to write a complete sentence. I was twenty-one when I finally received my diploma from high school, which was somewhere near the base but which I never saw or visited. I was playing drums in a rock-’n’-roll band when I left the service and enrolled in junior college. This was the turning point in my life: not what I learned there, but getting the nerve to enroll.

I was the model insecure student, as hardly a day passed without my remembering, “Stanley, you’re so dumb. . . .” I can look back now with amusement and laughter at some of the things I did. For example, when I was registering on the first day, standing in a long line to get past this one station, a woman asked, “What do you think your major will be?” I had no idea of what she meant by “major,” but the girl in front of me said “English” and that got her through, so I said “English” (whatever that was) too. A month or so later, while talking about the upcoming midterm (my first), the teacher said, “Blue books are required. You can’t take the midterm without a blue book.” I spent nearly an hour in the library looking for the blue books—in the card catalog under blue, in the periodicals—until a kind reference librarian told me, without snickering, that they were in the bookstore. Though amusing now, when these things happened to me, they were proof that I would be found out: I don’t belong here.

Fearing failure, I became an overachiever. I overstudied every subject, and wrote and rewrote each term paper before finally relinquishing it. But I still lived in doubt from one grade report to the next. Making the dean’s list, graduating from junior college with honors, and being invited to join an honor society all gave me tremendous confidence—for about a day, before the old demon of self-defeat reemerged. Nevertheless, I made my second big decision and enrolled in a state university. At least I now knew what a major was, and I proclaimed “History,” but the most enduring memory of my first few weeks there was learning how to spell university (in case I suddenly had to).

When it became clear that I would get my bachelor’s degree cum laude, I vowed to continue my education until they kicked me out or until there were no other degrees to earn, whichever came first. This was the easiest decision because it came last and not because I had unshakable confidence in my ability to do graduate work. Looking back, I now see that I was not ready for school when my counselor committed that great crime against me by calling me stupid. The hardest decision was the first time I tried to prove him wrong by enrolling in junior college and showing up for my first class quite literally trembling in my chair.

Before the university said that’s it, I earned a Ph.D. and a Phi Beta Kappa key and was lucky to secure a teaching position at a university where I was forced to think about becoming a writer to keep my job. I wrote scholarly articles and book reviews and delivered papers at professional conferences, which led to promotion as full Professor of History with tenure. Only then did I start thinking about becoming a writer in the sense of communicating with a wide audience by using language that could be understood. I would be lying, however, if I said I know why I became a writer. My best guess is that I became a writer because I had to—I’m not happy unless I’m writing something.

I started writing magazine articles, which gave me the experience I needed to write books. I wrote fishing articles, human interest stories, and accounts of things that had happened to me that were unusual or amusing. For instance, while attending college, I lived above a funeral parlor for three years; I wrote about my humorous—and chilling—experiences there in Nightlife in the House of the Dead: Notes from the Second Floor. I had a heart attack and an out-of-body experience and wrote about that also. All of this gave me experience in writing for different audiences. I did not sell everything I wrote, but that was okay, because I’ve learned there’s no such thing as wasted writing or bad writing. All writing leads to better writing.

Because I’m a historian, nonfiction writing has always been more interesting to me than fiction; and because of my background, I’m drawn to topics where people overcome adversity and empower themselves. Children of the Dust Bowl is a good example of this; I can identify with the Okie children who were kicked out of school because they were considered too dumb to learn but who, nevertheless, built their own school, got an education, and went on to succeed with their lives. Similarly, I Am an American is about a group of people who suffered injustice and still struggled against the inequity of ignorance and of prejudice.

The time that I have to write is determined by my teaching schedule, except in the summer, when I divide my days between fishing and writing. I teach courses in California history, the American West, and Native Americans and California Indians, usually three days a week, leaving three days open for writing and Sundays for racquetball, the family, and chores. I need at least four hours to do any serious writing, and other things must be in place: a Xerox photo of my subject affixed to the wall, where I can readily see it, the research notes for the day arranged in neat order, and a copy of my last book resting on the pages of my new book. Before I write, I have to read the last few pages I’ve written—to prove I can do it because I have done it.

If in four hours I can write two to five pages that can say exactly what I want to say, I’m happy. But beyond that, I’m not sure what it takes to be a writer. For me, good writing requires good thinking, and good thinking requires good reading, plus research. The other thing I suspect about writing is that probably anyone can do it if they work at it long enough and hard enough. I’m the proof.


I AM AN AMERICAN
A True Story of Japanese Internment

“This eloquent account of the disastrous results of racial prejudice stands as a reminder to us in today’s pluralistic society.”—Starred, School Library Journal

“The story is inspiring, and Stanley has recorded the details with passion and dignity. An excellent curriculum item.”—Starred, Booklist

Children of the Dust Bowl: The True Story of the School at Weedpatch Camp