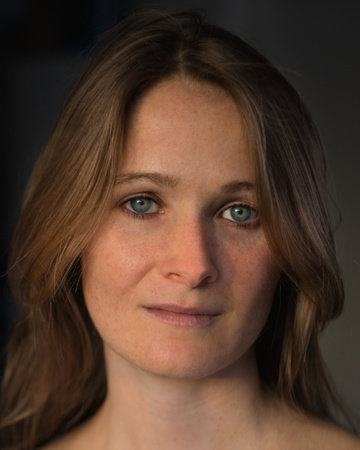 Author Hannah Tennant-Moore’s work has appeared in The New York Times, The New Republic, n+1, Tin House, Salon, The Los Angeles Review of Books, and has twice been included in Best Buddhist Writing. The Hudson Valley-based writer published her debut novel, Wreck and Order – now available in paperback – in early 2016. In an email conversation with her, Tennant-Moore offered us insight into inspiration, the challenges young females face today, and more.

PENGUIN RANDOM HOUSE: Your book, Wreck and Order, is about a young woman traveling somewhat aimlessly on a path to find herself. To what extent does your writing reflect your own life story?

HANNAH TENNANT-MOORE: My life story is much more conventional and less exciting/disturbing than Elsie’s, but her thoughts and feelings are thoughts and feelings that I’ve had. Alice Munro has called her novel Lives of Girls and Women “autobiographical in form but not fact.” I would say the same is true of Wreck and Order. The way Elsie’s mind and heart process the world is true to my own experience, but the events that give rise to her thoughts and feelings are mostly invented. Fiction allows me to make logical stories out of the illogical chaos of my strongest emotions, to give free rein to lines of thought that have no place in my real life.

HTM: While I’m not interested in telling stories that are factually accurate, I am interested in writing stories that are true to the way it feels to be a particular person living through a particular experience. To try to get at this truth, I rely mostly on observation, which sometimes means observing the movements of my own heart and mind as a kind of objective witness. Once I have observed enough of myself and the outside world to have a strong sense of how a particular moment feels – emotionally, sensually, visually – I use my imagination to create a scene around this feeling.

PRH:What do you think makes being a young woman in this day and age most challenging?

HTM: I would say that the biggest challenge facing young women today is that it’s common to believe we have overcome them all. No doubt the situation for women – and I’m speaking of the U.S. here – has improved a huge amount in the last fifty years. Young women have unprecedented sexual and professional freedom. But freedom is not the same thing as power. Our society has mostly done away with straightforward gender roles, but not with the patriarchal structures that gave rise to them – not to mention with basic differences between male and female bodies, which make it easier, for instance, for men to get pleasure from a brief, no-strings-attached sexual encounter or to put off childrearing in favor of a career. This means that women have to work doubly hard – in school, at jobs, in relationships – to get what they want. And yet it’s become very uncool to acknowledge that it’s hard to be a woman, particularly as the difficulty relates to sex. There’s an unquestioned sense that because women are now able to make their own choices – have as many sexual partners as they want, say – any pain or disappointment they feel as a result of their sex lives is purely their own fault. “My body, my choice” has devolved into “My body, my choice, my fault.” Yet our culture still almost exclusively eroticizes male pleasure and objectifies the female body. And I can tell you that that last sentence is something I would never have been caught dead saying in college, because I wanted to get laid and there’s nothing sexy about talking, or even thinking, about things like objectification and patriarchy – everyone would rather just party and hope for the best. So freedom is a very tricky thing for young women right now – which is one of the main things I wanted to explore in Wreck and Order.

HTM: The Story of a Brief Marriage by Anuk Arudpragasam. It takes place in Sri Lanka during the final days of the civil war, and is the most thoughtful look I’ve ever encountered at the ways large-scale brutality affects the individual. It sounds depressing, but it’s actually mainly about finding unexpected connection with the self even in the worst circumstances.

PRH: What’s the most underrated book you’ve ever read?

HTM: American Purgatorio by John Haskell. I wouldn’t say it’s underrated necessarily, since the serious readers I know who love this book seriously love it, but it was definitely under-appreciated.