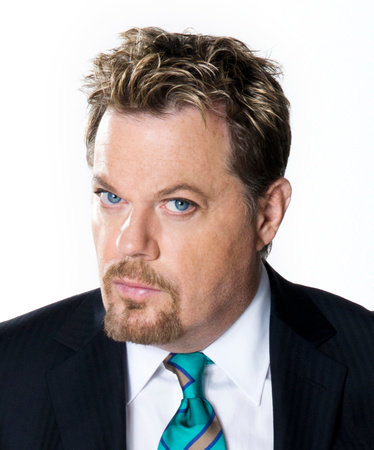 Eddie Izzard is a world-renowned comedian, actor, writer, runner, and activist. He made his West End debut in 1993 in a one-man show called Live at the Ambassadors, for which he received an Olivier Award nomination for Outstanding Achievement. He recently appeared on television as ‘Dr. Abel Gideon’ in Hannibal, and he produced and starred in the FX Networks series, The Riches. His films include Valkyrie, Ocean’s Thirteen and Ocean’s Twelve, Across the Universe, Mystery Men, Shadow of the Vampire, and The Cat’s Meow. His stage appearances include David Mamet’s Raceand The Cryptogram, the title role in Marlowe’s Edward II, 900 Oneonta, and A Day in the Death of Joe Egg in London and on Broadway, which garnered him a Tony nomination for Best Actor. Izzard’s hit one man shows include Stripped and Force Majeure. His performance in Dress to Kill earned him a New York Drama Desk Award and two Emmy Awards. In 2010, the documentary Believe: The Eddie Izzard Story received an Emmy Award nomination. In 2009, Izzard ran forty-three marathons in fifty-one days through England, Wales, Northern Ireland and Scotland for charity and helped raise 1.8 million pounds ($2.7 million) for Sports Relief, which helps charities in Britain and around the world. In 2015, he starred in the Sony PlayStation Network superhero fantasy and crime noir series,Powers. Izzard plans to run for mayor of London in 2020. He lives in London and the United States.