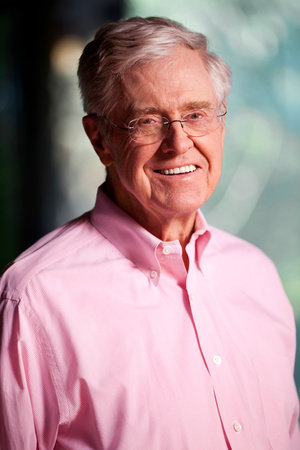 Charles G. Koch is chairman of the board and CEO of Koch Industries, Inc., a position he has held since 1967. He is renowned for building Koch Industries into the second-largest private company in the nation—currently valued at $100 billion—making him the fourth wealthiest man in America, according to Forbes. Wichita, Kansas-based Koch Industries, Inc. began as Wood River Oil and Refining Co. in 1940. Koch employs more than 100,000 people in about sixty countries worldwide, with 60,000 of those in the United States. Since January 2009, Koch has earned more than 1,000 awards for safety, environmental excellence, community stewardship, innovation, and customer service.

Sign me up for news about Charles G. Koch and more from Penguin Random House