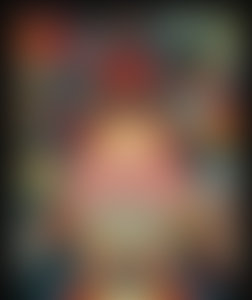 Nick Jones is an author, editor, and writer based in Lewes, East Sussex. Starting out in the 1990s as a music journalist, Nick wrote for dance music magazine Mixmag and edited its weekly spin-off, Mixmag Update (later 7 Magazine). In 2000 he moved into sci-fi and genre publishing, editing TV and movie tie-in titles (including Star Trek Magazine, X-Men 2, and Hulk), before becoming senior editor of comics and graphic novels at Titan Books, where he edited Dan Dare, James Bond, Modesty Blaise, Wallace & Gromit, and DC Comics graphic novels. Since then Nick has edited numerous books, including Comic Book Design, Sci-Fi Art: A Graphic History, 500 Essential Cult Movies/Books, The Art of Osamu Tezuka: God of Manga, Alan Moore: Storyteller, The Art of Neil Gaiman, The Art of Movie Storyboards, Electri_City: The Dusseldorf School of Electronic Music, Long Shadows: The Life & Times of Matt Johnson & The The, and I Am Damo Suzuki. He is the author and co-author of a number of comics-related books and has written for the Marvel Fact Files, Walking Dead Magazine, and Justice League, Black Panther, Spider-Man: Homecoming, Black Widow and Star Wars: The Last Jedi Collector’s Editions. In 2018, he once again became editor of Star Trek Magazine, along with related specials like the Star Trek: Discovery Companion and the Star Trek: Picard Collector’s Edition. He blogs at Existential Ennui.

Marvel Guardians of the Galaxy: The Ultimate Guide to the Cosmic Outlaws