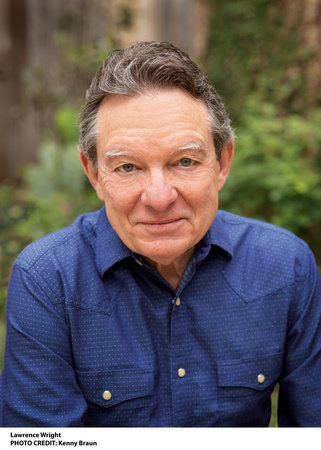 LAWRENCE WRIGHT is a staff writer for The New Yorker, a playwright, a screenwriter, and the author of ten books of nonfiction, including The Looming Tower, Going Clear, and God Save Texas. His recent novel, The End of October, was a New York Times best seller. Wright’s books have received many honors, including a Pulitzer Prize for The Looming Tower. He and his wife are longtime residents of Austin, Texas.

The End of October

Los años del terror /The Terror Years: From al-Qaeda to the Islamic State

PENGUIN RANDOM HOUSE: In your research for Going Clear: Scientology, Hollywood and the Prison of Belief, was there one thing that shocked you or stunned you the most?

LAWRENCE WRIGHT: The exploitation of children. I was very disturbed, I am still very disturbed by the stories I was told about the way children are pressed into this clerical organization at Sea Org at alarmingly young ages. And they surrender their education, they’re impoverished by their service, and they work them, those kids, mercilessly – all day long. The church claims that it doesn’t violate the child labor laws, but when I read the child labor laws I just don’t understand how that can be the case.

PRH:What do you think was the motivation for L. Ron Hubbard? And what is David Miscavige’s motivation? Power? Sadism? Something else?

LW: In the case of L. Ron Hubbard, in the book I compare him to a shaman because anthropologists talk about how schizophrenia is a shaman disease. And in aboriginal cultures, you see people that we would say are mentally unstable. They often have psychotic episodes and then they’re considered in some respects holy. Their mission is to heal themselves and then heal their community. It may seem like a lofty way to approach L. Ron Hubbard given the charlatan aspect of his character, but I really do think that he wrote Dianetics to heal himself. And the idea was he would heal the world. The fact that I think he invented so much of this stuff out of a whole cloth – that’s the part that makes people say he is a conman. But I do think that he believed he was trying to heal the world and I think the same impulse drove him to create Scientology. Despite that, he said, many times, that that’s where the money is – religion; that may have been a factor. David Miscavige is different from L. Ron Hubbard mainly in the fact that he grew up in Scientology. He’s a product of it in a way that Hubbard was not. He joined the Sea Org when he was sixteen, so, virtually, his entire life has been lived inside the strictures of this organization. The product of that is a glaring indictment of the church itself, because if that is what it produces – this totalistic universe, which is what the Sea Org has become, led by a person who dominates it entirely – then I think Scientology has a reckoning ahead of it.

PRH:Do you think that will happen in the near future? Is that where you think the future is headed for Scientology?

LW: I think that it’s at a turning point in its history. It’s got a lot of money, and it has a lot of lawyers. And that will hold it together for quite a while. But I think it’s hemorrhaging members. And look at its reputation; they’ve earned the reputation of being the most vindictive, litigious, mean-spirited organization that calls itself a church in the country. And I don’t think that’s an appealing image. It’s not going to draw a lot of people to it, so it’s got to change.

PRH:What’s next for you? Any idea where you’re going to turn your attention?

LW: I don’t know! I’m looking for something. I would love to swing through the trees and already have the next vine in my hand, but I finish a project and then I have to go hunting for a new one. And I haven’t found that new one yet. To me the big mystery about creation is not the process – and there are so many workshops devoted to process – it’s, “What do you want to do? What do you choose to spend your life on?” It’s a very central question and there are so many appealing things to write about, but why choose one thing over another? There is some internal bell that goes off and so I’m waiting to hear that sound.

Check out more of what Lawrence Wright has to say on Biographile.com