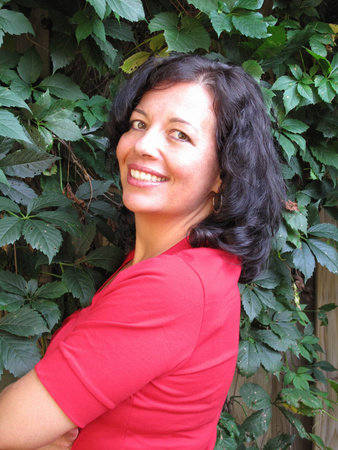 “I’m so grateful that it went this way. There were several times that I could have turned around… I was always given these opportunities to turn back and I’m so glad I didn’t.”

Born in the Northern Ontario town of Sault-Ste-Marie, Jamie Zeppa was raised by her second-generation Polish grandparents after her parents separated. With her master’s degree in English literature from York University and applications to graduate school at the ready, engaged to be married to a fellow academic, she was well on her way to her family’s ideal of a good education, a good job and a family. But as she says in the book, “For all my years of study, I wasn’t sure I had actually learned anything. I had gained intellectual skills and tools, yes, but what did I know?”

Her grandfather was distressed by her eventual conversion to Buddhism from Catholicism. Zeppa feels he was upset about this until he died. Nor could he understand why she wanted to live so far from the comforts of home. “He would send me these clippings from the newspaper when the UN nominated Canada as the number one place to live. Bhutan was down around 168.”

Like the great travel narratives of Paul Theroux or Bruce Chatwin, Beyond the Sky and the Earth gives us the pleasure of experiencing second-hand a remote and exquisite part of the world. In a long tradition of travel narratives, many involve some kind of pilgrimage, a seeking of knowledge and self. In her anthology of contemporary women’s travel adventures, Without a Guide, Katherine Govier found also that many women, like Zeppa, seek a connection with people when they travel. While extreme adventurers like Jon Krakauer (Into Thin Air) write of nature’s most alluring challenges, others reveal their own inner journey. Jonathan Raban’s most recent book, A Passage to Juneau, for personal reasons ended up being “an exploration into the wilderness of the human heart.” Kevin Patterson, in his small sailboat on the Pacific Ocean, began to doubt his reasons for travelling halfway around the world in The Water in Between. The narrator of William Sutcliffe’s hilarious novel Are You Experienced? is as horrified as Jamie Zeppa when he arrives in Third World Asia on his year off before university.

As we travel more, our thirst for travel literature grows ever greater. For those with the travel bug, such books bring back memories and provide inspiration. For armchair travellers, too, there is the fascination of learning about another world and an alternative way of life, the unexpected stories with colourful characters that can take us away from the everyday, and the power such books have to provide a perspective on the world that is missing in the daily media. Zeppa’s is a tremendous, multi-layered story, told brilliantly and honestly, and her descriptions of characters and landscape etch Bhutan indelibly in our minds.

She was criticized by some for ending the narrative where she did, without delving further into the period where her marriage began to fall apart. But perhaps that’s another book. When Beyond the Sky and the Earth was published, she was already thinking about writing a novel based on the experience of being married in Bhutan. Having overcome the initial difficulties of being in a forbidden relationship with Tshewang, she found she was treated with suspicion once they were married. Living conditions were very difficult for a Westerner accustomed to space and privacy. “We lived in this awful little flat. It was a slum, really. The water only ran from 6 a.m. to 7 a.m., so I would have to get up then and wash diapers.” Tshewang couldn’t understand her frustration with the Bhutanese custom of having relatives staying with them all the time, and found her need for a larger house wasteful. When the couple separated, the news of their marital woes spread like wildfire across the oppressively small city of Thimpu where they lived.

In their review, the Globe and Mail highlighted this phrase from the book: “You can love this landscape because your life does not depend on it. It is merely a backdrop for the other life you will always be able to return to.”

Now she calls both Canada and Bhutan home, and yet, like all who have left the country of their birth for another for any length of time, is fully at home in neither. While she was glad to give up daily battles with kerosene stoves, leeches and illness in Bhutan, she found in Canada the choice, the information, and the consumerism overwhelming. Back in an apartment in Toronto, she immediately missed the view of the mountains from the window of her house in Thimpu. “I really had a sense of grief.” She tried to retain some of the simplicity of her former life; but as her son grew up, he wanted to be like his schoolfriends. Moving was hard on him: “At first he thought it was great… But after six weeks it hit him that he was here and he was far away from his father and friends.” While Jamie finds herself looking longingly at advertisements for teachers in Korea and Taiwan, itching to go away and immerse herself again in Asian culture, she will now have to wait until Pema is ready too.

Still, as the National Post said: “If it’s true that we regret only the things we haven’t done, then Jamie Zeppa ought to have few regrets in her life.”

Beyond the Sky and the Earth