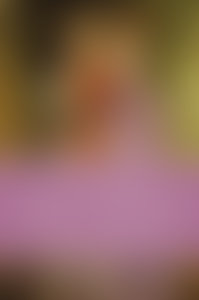 Leslie Carroll is the author of several works of historical nonfiction, women’s fiction, and, under the pen names Juliet Grey and Amanda Elyot, a multipublished author of historical fiction. Her nonfiction titles include Royal Romances, Royal Pains, Royal Affairs, Notorious Royal Marriages, and Inglorious Royal Marriages. She is also a classically trained professional actress with numerous portrayals of virgins, vixens, and villainesses to her credit, and is an award-winning audio book narrator.

A frequent commentator on royal romances and relationships, Leslie has been interviewed by numerous publications, including MSNBC.com, USA Today, the Australian Broadcasting Company, and NPR, and she was a featured royalty historian on CBS nightly news in London during the royal wedding coverage of Prince William and Catherine Middleton. She has also appeared as an expert on the love lives of Queen Victoria, Marie Antoinette, Catherine the Great, and Napoleon on the television series “The Secret Life of…” for Canada’s History Channel. Leslie and her husband, Scott, divide their time between New York City and Denver, Colorado.

REALITY CHECK is my second romantic comedy for Ballantine/Ivy….and there’s a lot more steaminess and rampant passion in it than there is in my debut novel, MISS MATCH. One reason is that I was wildly in love while writing the REALITY CHECK manuscript, and inspired by all the great – (but I digress… J). Liz and Jack, my heroine and hero, have two major obstacles to their coming together as a couple – a long distance relationship, plus the ramifications of the no-fraternization clause in the reality TV show’s contract – and this fuels, rather than cools, their passion.

REALITY CHECK is written in the first person, which gave me a great sense of immediacy when I was working on it, as though I was actually Liz writing in my diary every night. I found it tremendous fun and quite easy to write from that perspective.

One of the things I enjoy most about being an actress is something I bring to my writing as well: getting to play another person. I’ve often wondered what it would be like to be an advertising copywriter and create outrageous ad campaigns. So I gave Liz that career and went to town generating assignments for her: to create the ads for a magnetic dustrag called "Snatch," a snack food called "Numbers Crunchers," and a brand of sexy South American shoes called "Sole Mates."

Not content to imagine myself under the skin of just one other woman, I gave Liz two female roommates, Nell and Jem; so I got to create lives, loves, and careers for more than just one woman in the story. This provided me the opportunity to explore relationship dynamics other than the hero-heroine chemistry, and I had a blast, because Liz, Nell, and Jem are such different types of women.

Jem and Nell audition for Bad Date as well, and all three women are selected as contestants. But the adventure that begins as a lark starts to threaten their friendship, as each week they inch closer to the million-dollar jackpot. It’s a sort of Billy Wilder-Preston Sturges-Frank Capra-esque theme – what happens to good people who are tempted by money or power.

I had so much fun creating one of the characters in my first novel that I just had to bring him back in REALITY CHECK. Rick Byron, The Very Famous Actor who was one of Kathryn’s disaster dates in MISS MATCH, now makes a reappearance as the host of the reality TV show, Bad Date. When he begins hitting on Liz, more problems ensue, particularly as she’s trying to keep a blossoming romance with co-contestant Jack Rafferty under wraps. I don’t want to give away too much of the plot, so for those who prefer to know more of the story without learning the ending, please visit my Web site at www.tlt.com/authors/lesliecarroll.htm.

I hope, you enjoy reading REALITY CHECK as much as I enjoyed writing it.