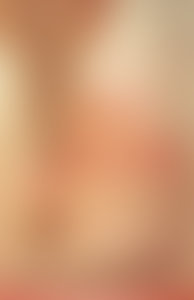 David Ebershoff is the author of the novels The 19th Wife, Pasadena, and The Danish Girl, and a short-story collection, The Rose City. His fiction has won a number of awards, including the Rosenthal Foundation Award from the American Academy of Arts and Letters, the Ferro-Grumley Award, and the Lambda Literary Award. His books have been translated into twenty languages to critical acclaim.The 19th Wife was made into a television movie and The Danish Girl is under development as a feature film. Ebershoff teaches in the graduate writing program at Columbia University and is an editor-at-large at Random House. He lives in New York City.

I first heard about Ann Eliza Young while editing a book for the Modern Library.  A scholar of 19th century women’s history mentioned her to me in passing.  She was making a point about the long tradition of personal memoirs in American publishing, but I thought to myself, Who is this woman known as the 19th wife?  What does it mean to be a 19th wife?  I couldn’t get the idea out of my head.  I started researching Ann Eliza’s life, but no matter how much I read by and about her, I was having a hard time grasping what it truly meant to be a plural wife.  How does it feel to share your spouse with umpteen others?  What kind of internal life could you have in such a busy, crowded household?  What would it be like to be the child of plural marriage?  After pondering these questions for some time, I decided I needed to interview a few plural wives on background to get to the emotional heart of my protagonist.  I drove down to Hildale/Colorado City, the infamous polygamous city that straddles the border of Utah and Arizona, hoping to find a few women to interview.  Immediately I knew I was in a place unlike any other in America.  The women were wearing prairie-style dresses.  And there were a lot of children — mostly blond kids with vacant eyes who looked at me with an admixture of fear and bewilderment.  Outside the co-op, I soon discovered no one would talk to me.  I went inside to buy some water.  Even the check-out girl wouldn’t speak to me as she rang up my purchase.  I started driving around town, up and down the dirt roads lined with large, sloppily built houses.  That’s when I noticed a police cruiser trailing me.  I turned the corner and he turned.  I turned again and so did he.  He was following me and soon enough it was clear he was going to stay on my tail until I left.  Quite simply, I was being driven out of town.  That’s when I realized that I couldn’t simply write Ann Eliza’s story.  I had to write a contemporary narrative as well, weaving them together in a way that shows the full story of polygamy in the United States.