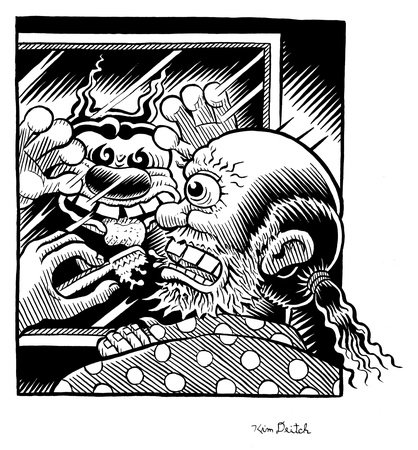 Kim Deitch began doing comic strips for The East Village Other in 1967. In 1969 he became the editor of Gothic Blimp Works, an underground comics tabloid. Since then, his work has appeared in RAW, Pictopia, Zero Zero, Nickelodeon Magazine, Details, and Little Lit. He lives in New York City.