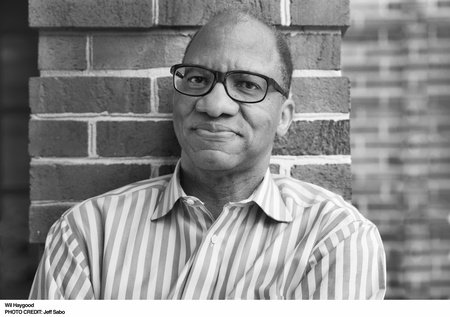 Wil Haygood is currently visiting distinguished professor in the department of media, journalism, and film at Miami University, Ohio. For nearly three decades he was a journalist, serving as a national and foreign correspondent at The Boston Globe, where he was a Pulitzer Prize finalist, and then at The Washington Post. He is the author of The Butler: A Witness to History; Tigerland: 1968-1969: A City Divided, a Nation Torn Apart, and a Magical Season of Healing; Showdown: Thurgood Marshall and the Supreme Court Nomination That Changed America; Sweet Thunder: The Life and Times of Sugar Ray Robinson; In Black and White: The Life of Sammy Davis Jr.; Two on the River; King of the Cats: The Life and Times of Adam Clayton Powell Jr.; and The Haygoods of Columbus: A Family Memoir. The Butler was later adapted into the critically acclaimed film directed by Lee Daniels, starring Forest Whitaker and Oprah Winfrey. Haygood has received a John Simon Guggenheim Memorial Foundation Fellowship, a National Endowment for the Humanities Fellowship, and the 2017 Patrick Henry Fellowship Literary Award for his research for Tigerland. He lives in Washington, D.C.

In Black and White