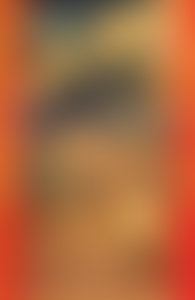 Ana Castillo is the author of the novels The Guardians, Peel My Love Like an Onioin, So Far from God, The Mixquiahuala Letters, and Sapogonia. She has written a story collection, Loverboys; the crtitical study Massacre of the Dreamers; the poetry collection My Father Was a Toltec and Selected Poems; and the children’s book My Daughter, My Son, the Eagle, The Dove. She is the editor of the anthology Goddess of the Americas: Writings on the Virgin of Guadalupe, available from Vintage Espanol (La diosa de las Americas). Castillo has been the recipient of numerous awards, including the American Book Award, a Carl Sandburg Award, a Mountains and Plains Booksellers Award, and two fellowships from the National Endowment for the Arts. She lives in Chicago with her son, Marcel.

My Father Was a Toltec

Goddess of the Americas

The Squatter and the Don

I am haunted. I am haunted by my ancestors. I am haunted by a paternal grandfather who was brought to the United States in the twenties to work on the railroads. And I am haunted too by the knowledge that in 1929, when my Nebraska-born mother was two years old, my grandparents and their two U.S.-born infant children were deported in a cattle car along with other Mexicans who were no longer welcome to work here after the Crash.

Those ghost stories rose up one morning as I gazed out my kitchen window at the Franklin Mountains in southern New Mexico. The other side of that mountain range is Mexican territory. It was January, winter in the desert, and had rained quite a bit the night before. The treacherous peaks were draped with mist. As I looked out at that surreal vision, a ghost spoke to me. It said, “Someone is on the other side even now, trying to get across. He is hungry, cold, and afraid. His family is waiting for him on this side. They are worried to death.”

“Who are you?” I asked, sipping my morning espresso, staring at the fog on the horizon. Behind the gray were the mountains, the desert, and someone’s beloved trying to cross.

With that, I went to my desk and began to write. It might have started as an essay or a poem–the muse comes in many guises. But what I ended up writing that day was a short story. When I was done, I had some idea of who the ghost was, but I wondered whether my story told all she wanted to say. What if what I had was only a beginning? Where would I go from there?

A common question asked of novelists is: How much of your book is autobiographical? The answer is almost always the same: all of it, and none.

My current book is “culturally” autobiographical in that it is based on my background–the life of an ethnically and economically marginalized American. The “all of it” comes from my extended family, which went from harvest to harvest doing migrant work when I was a child. The memories rush back when I see laborers toiling in cotton, alfalfa, chili, and onion ﬁelds near my desert home today.

What is pure invention in regards to my life (and I am sure all my relatives, both alive and dead, will be happy that I clarify this) is the material pertaining to drug cartels, meth houses, and seedy gangs that prey on the undocumented and disenfranchised.

For me to have announced as a girl that I wanted to be a writer would have been as absurd as to have announced that I wanted to be a professional ice skater (or a professional, period). Such choices were not meant for girls like me. I put myself through college. My academic training was in the social sciences. Teaching was an attractive option. And yet, all the while, over the last thirty years, I’ve also been writing. One reason I wrote poetry and ﬁction was to ﬁll a void. Despite the fact that the dangling participle was and remains the bane of my existence, I forged on, determined, even anxious to tell stories I was unable to ﬁnd in print. For a long time, because I was so obsessed, I saw my writing not so much as a career choice as a calling. I have somehow managed simultaneously to stay in and move on from the world I write about. And, in the process, I have tried to stay true to my characters’ idiosyncratic syntax.

Curiously enough, it is often assumed that because of my humble Mexican-American background, I can’t have a real command of English or Spanish. But the English and Spanish in my books–and what may sound like a mishmash of both–are spoken by millions. When I stand before English-speaking “authorities,” they think, “Ah, she probably speaks fair enough Spanish, but poor English.” Spanish-speaking authorities think, “Ah, she probably speaks fair enough English, but poor Spanish.” It’s not writing perfect English that worries me; it’s getting the perfect pitch of the oral storyteller.

If I were going to credit one individual as my main literary inﬂuence, it would be my father. My father didn’t write. He talked. How he loved to talk! Trying to imitate the ease and conﬁdence of his speech, as he told the same stories over and again to anyone who’d listen or pretend to listen (oh, hell, you could leave the room and he’d go on talking), is how I’ve come to my writing.

But it’s a challenge to go from an oral tradition to the page, and a challenge to stay true to the hearts of those who are powerless to speak for themselves. It would be presumptuous, even arrogant, to say that I give voice to the otherwise silenced. What would they say if they thought they’d be heard? And would they really trust anyone with the authority to let them say it? Honestly, I don’t know the answers to these questions. I can only hope that I can summon the very real voices of the people I grew up with. Education may well have taken me away from the ﬁelds and factories, but it cannot erase personal history or collective memory.

But, lest you misunderstand, I don’t believe it is the mission of the novelist to be political. (To achieve that end, I go to poetry and essays.) In ﬁction, we have to let our ghosts speak. The story I started that morning by merely listening has become a book. It is the way all my novels begin.