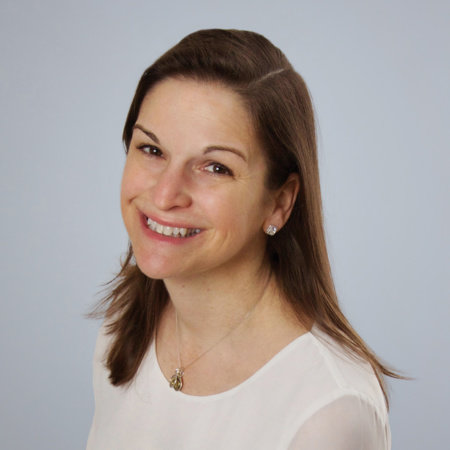 Sarah Dessen is the #1 New York Times bestselling author of over a dozen novels for teens, which have received numerous awards and rave reviews, and have sold millions of copies worldwide. She is the recipient of the 2017 Margaret A. Edwards Award from the American Library Association.  Sarah lives in Chapel Hill, North Carolina, with her husband, Jay, and their daughter, Sasha Clementine. Visit her online at sarahdessen.com.

The Moon and More and Just Listen

Once and for All

The Moon and More

Author Sarah Dessen on writing in an office, magazines, and bookstores | Author Shorts

Author Sarah Dessen on writing in an office, magazines, and bookstores | Author Shorts

What author Sarah Dessen looks for in a best friend | authorcuts

Music plays such an important part of this novel. How important is music in your life?

I’ve always loved music, although I can’t say I’m anywhere near as knowledgeable—or obsessive—as Owen is in the book. I have to say, though, that when I got an iPod a few years back, it did change the way I thought about, and experienced, music. It wasn’t just a car or radio thing anymore: you could take it anywhere, and so easily, and have a soundtrack to just about everything. A lot of this book grew out of that.

Annabel feels like an outcast in her school. Did you ever feel this way in high school?


I did. I think it’s pretty normal, actually, to feel out of place at times. It happens to everyone, even the people you think have the “perfect” life, with all the friends and boyfriends you don’t. That’s what was so interesting to me about Annabel. She was the kind of girl—beautiful, popular, successful—that I would have thought had it made in high school. But even the girl who seems perfect has problems, and Annabel is no exception.

What would you like readers to learn from Annabel? What about Owen?


The quote at the beginning of the book is “The best way out is always through,” and to me, that’s the main theme of the story, for both Annabel and Owen. Owen, of course, already knows this is true, but Annabel has to learn it, and it’s not easy. In high school, and even now, I have a tendency to back off from things that make me nervous, or uncomfortable, or downright scared. But if you avoid, the problem only gets bigger and harder to deal with: sometimes, it’s best to just take a deep breath and push on through. It might not be easy, but at least it will be over, eventually.

Even if you attended high school post-1970s there is at least one Zeppelin song that will trigger a few high school memories. What is it about Led Zeppelin and high school?


Isn’t that crazy? I totally associate Led Zeppelin with high school. Maybe it’s because when you’re younger, you just don’t have that much contact with their music: I mean, it’s not usually the sort of thing you hear at the doctor’s office or in elevators. For me, Led Zeppelin is an adolescent rite of passage, like prom and your first real relationship. You’ve just got to have it to make it all count.

Owen has a very eclectic taste in music. What kind of music do you listen to? Do you have a favorite song?


I listen to all kinds of music. I’m famous for making mix CDs that jump from ABBA to Tom Waits with no time to adjust in between. I used to actually be more self concious about the music I liked, because so many of my friends were into more alternative stuff. They’d come over for parties and pick through my collection, saying, “Oh, my God, is this the SPICE GIRLS?” And I’d just die. But over time, I’ve come to realize that’s the great thing about music: there is no right or wrong. You love what you love, and you don’t have to explain or justify it to anyone.

As far as a favorite song, it would be impossible to pick: it changes almost daily. But if forced to choose, I’d say “Blind Love,” by Tom Waits, although by the time I finish writing this sentence I’ll probably have thought of another one.

What is the one book that has most influenced you most throughout your life?

Again, it’s so hard to pick just one! I will say that when I was about twelve, my mom gave me a book called Coming Attractions by Fannie Flagg. I read about twenty pages into it and thought, ‘I want to write a book like this some day.” I had never had that thought before, but I never forgot it. It was the first time I ever realized I wanted to be a writer. I still have the book, this dog-eared paperback, on my shelf.

What adjectives would you use to describe Just Listen?

I guess the first word that comes to my mind is complex. When I started the book, I had this one idea, that I wanted to write about a girl who appeared perfect but was keeping a secret. It seemed simple…at first. But then, once I got going, I realized there was a lot more to it: not just her story, but her family’s, and this boy she met, and how they all tied back to the things she thought she couldn’t say. I like to think the book is hopeful, as well, and maybe even a bit funny, in places. Right now, though, the main adjective to me is done, because it is. Now it’s up to the rest of the world to decide what it means to them.