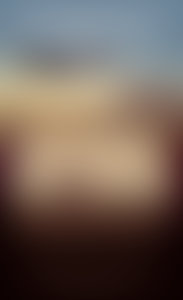 A career air force officer with 37 years’ service, Lt. General George G. Loving Jr. served as a fighter pilot in World War II and qualified as a fighter ace. During the Korean War, he commanded a fighter-bomber squadron and fought in five major campaigns. In subsequent years, Loving served as a test pilot; Air Command and Staff College instructor; adviser to the Republic of China’s air force; and staff officer in Headquarters, Tactical Air Command, and on the Air Staff in Washington. Following his promotion to brigadier general in 1970, he served as commandant, Air Command and Staff College. This was followed by advancement to major general in 1973 and assignment as the air force’s director of plans. In 1975, representing the Joint Chiefs of Staff, he joined the United States delegation in Vienna as the senior United States military representative at the NATO–Warsaw Pact arms limitation negotiations. Later that same year, as a lieutenant general, he assumed command of the Sixth Allied Tactical Air Force (NATO) with headquarters in Izmir, Turkey. His final active duty assignments were as commander, United States Forces, Japan, and commander, Fifth Air Force, with headquarters at Yokota Air Base near Tokyo. A command pilot, his decorations include the Distinguished Service Medal, Silver Star, Legion of Merit, and Distinguish Flying Cross, as well as a number of other U.S. and foreign decorations.