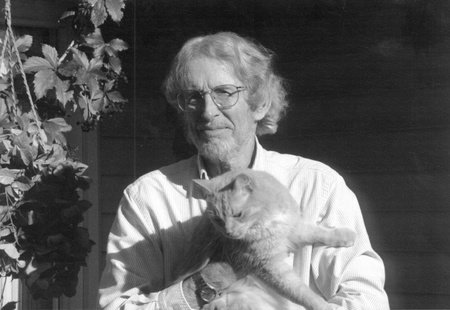 Curtis Parkinson grew up in Kingston, Ontario. He graduated from Queen’s University in chemical engineering and worked in South America and in Canada for many years. Then he moved to the Caribbean to live on a sailboat and to write, a lifelong dream. As Curtis says, “Many rejections later, the cat fell off the boat one night, and the cat’s story became my first book, Tom Foolery.”

Curtis’s first novel was Storm-Blast, the story of three lost teens adrift in the vast Caribbean Sea. Next came Sea Chase, a tale of a boy’s desperate search for his father, missing from their sailboat in the night. Both were nominated for Red Cedar Awards, and Sea Chase for the Arthur Ellis Award as well.

Domenic’s War, Curtis’s third novel, is based on the true story of a 12-year-old Italian boy caught in the midst of one of the fiercest battles of World War II. It was nominated for a Silver Birch Award, and has been translated into Italian.

Death in Kingsport, published in 2007, is a murder mystery featuring a 15-year-old sleuth, Neil, his sidekick, Graham, and new friend Crescent in a town where nothing is as it seems.

Just out, another exciting murder mystery with Neil, Graham and Crescent. The Castle on Deadman’s Island tells the story of a mysterious disappearance, a castle with a curse, and a most unusual will, a will that leads to murder and mayhem.

The Castle on Deadman’s Island