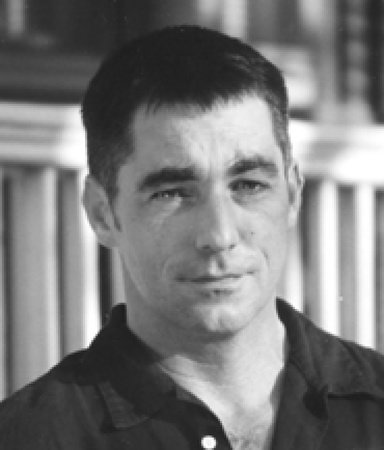 J. Maarten Troost is the author of Getting Stoned with Savages and The Sex Lives of Cannibals. His essays have appeared in the Atlantic Monthly, the Washington Post, and the Prague Post. He spent two years in Kiribati in the Equatorial Pacific and upon his return was hired as a consultant by the World Bank. After several years in Fiji and Vanuatu, he recently relocated to the U.S. and now lives with his wife and two sons in California.

Sign me up for news about J. Maarten Troost and more from Penguin Random House

The Sex Lives of Cannibals

A Conversation with J. Maarten Troost

What is it about the South Pacific that draws you back?
Have you ever wanted to escape, to fall off the map and disappear for a good long while? Me too. No place in the world elicits that kind of draw than an island in the South Seas. It’s where I go when I’m looking for a little dissonance in my life, a place to turn down the white noise of continental life and replace it with something more elemental. Like sharks. And long sea journeys. And sublime beauty. And all the other things that get your senses humming.

Also, having written two books about the region, I liked the idea of completing a South Pacific trilogy. It makes me feel like, I don’t know, a real man now.

You followed in the footsteps of Robert Louis Stevenson. Why him? Have you read his books?
Stevenson has long been peripheral to my life, just hovering in the margins. It seemed like no matter where I washed up, whether on the islands of Kiribati or the Central Coast of California, I was somehow following in his footsteps. But it wasn’t until I started reading him that I decided to explicitly follow Stevenson. I liked how he described the early books on the South Pacific. He called them sugar candy sham epics. This dude can write, I thought. And then, the more I read of him – the more I began to immerse myself in his world – the more I felt like I was communing with some kind of soul brother. He does what all the great writers do, which is to make you feel like you’re not alone.

What was it like going back to Kiribati?
Really trippy. At low tide, it seemed like nothing had changed since I lived there, which is remarkable really. Elsewhere in the world, the pace of change seems to have accelerated to warp speed. Kiribati, however, resides elsewhere in the space-time continuum, in a place where the movement of a turtle would be regarded as swift and reckless. At high tide, however, it is apparent that everything has changed. The islands are sinking. In a few years, Kiribati will be no more. And that is very sad.

Did it hurt getting a tattoo?
Not enough. I now look upon my body as a canvas, which is just so wrong when you’re over forty.

So you used to be a drunk. Discuss.
Yes, it turns out I’m an alcoholic. Yay for me. As far as I can tell, my story is pretty typical – a long period of fun with the drink, followed by a long period where the drinking became habitual and progressively less fun, followed by my world basically collapsing on account of my boozing, which was no fun at all. On the upside, as far as diseases go, this is a pretty good one to get. All you need to do is stop drinking and it’s amazing how much better your life gets. No chemo, no amputations of limbs, no painful injections. On the downside, quitting drinking can be devilishly hard for alcoholics. Not long after I finished my South Pacific travels I found myself at a literary festival in France, where I blithely accepted a glass of champagne and opened up that Pandora’s box all over again. Sigh. How I envy those with allergies to gluten and peanuts. But it is what it is and there’s nothing to do but to be honest about it, pick yourself up, and take it one day at a time.

Do you have any advice or resources for those who are looking to quit drinking?
There are as many paths to recovery as there are alcoholics. But generally, what works for most people is some combination of meetings with like-minded souls, exercise, yoga, meditation, and a healthy diet. But I like what Stephen King had to say about alcoholism. He called it the Liar’s Disease. Boozers and junkies are reflexive liars. And they’re really good at it. Being honest is pretty much the foundation of sobriety.

You talk about replacing drinking with running. Do you still run?
Yes, running remains important to me. I mix it up with Bikram Yoga, but I still get a kick out of going for a long run and not dying of a cardiac event.

There sure are some funny names for islands in the South Pacific. What is your favorite name and why?
In my home, Fakarava never fails to elicit snorts and giggles.

You discuss collecting native artwork. What is your most prized possession?
I have a large clay and bark mask from the island of Malekula in Vanuatu. Its gaze is one of devilish delight, like it knows the answer to a great cosmic riddle and it can’t help but laugh.