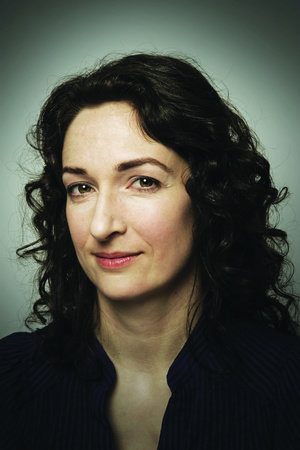 ANNABEL LYON is the author of seven books for adults and children, including the internationally best-selling The Golden Mean. She teaches creative writing at the University of British Columbia.

Annabel Lyon on learning the craft of writing fiction

I’m a piano teacher. When people ask me what I do, that’s what I say. Until my book, Oxygen, was published I was secretive about writing fiction. Only a few of my students knew I had an MFA in creative writing; I think a few of them thought “Master of Fine Arts” meant art history or something to do with music. I let them think that. After the book came out, the kids in particular were (for a week or two) fascinated. They would confront me on the piano bench. “We saw you in the paper,” they would say slyly (of a review plus photo), like they had caught me doing something sneaky, shameful, and bad. Me! The piano teacher! They acted up more in lesson, laughing at me when I was clumsy and arguing with me when I was bossy, as though the walls between childhood and adulthood (tenuous at the best of times) had been fatally breached. She writes fiction!

At first I thought it was because they had no experience of persons who write fiction. They had never seen one before. One even asked how I had learned to do that, which was smart but sad – he knew you didn’t learn it at grade school. I know I didn’t.

My dad taught me to write when I was six. I don’t mean write as in read and write, shape my little letters, make endearing clumsy sentences like something out of stickle bricks – Today is Thursday! My pet ran fast – but write as in craft-honed, no-nonsense adult prose. I was not grateful. At six, you are already stitched pretty tightly into the world. Look both ways, brush your teeth, comb your hair, don’t scream, don’t shout, don’t be rude, listen to your teacher, eat your salad, practice your piano, don’t tease your brother. My thinking was, there’s more?

Here are some of his rules: If you’ve said something in six words and you can say it in four, say it in four. No underlining, italics, ellipses, or exclamation marks (which he called “screamers”). Keep sentences and paragraphs short. Get to the point. Don’t use big words to try to make yourself sound important. He taught me other stuff, too, newspaper stuff about typesetting and fonts and margins, that I’ve long since forgotten. Crucially, though, I accepted what he taught me about writing the way I accepted the truths of mathematics, becoming an instant mini-minimalist. No one expects you to have developed your own voice before you can make two plus two equal four.

Out of this small, tight prose style I gradually forged a small, tight ambition: to chisel out tough little sentences and stories and get paid for them.

Flash forward to the Creative Writing program at the University of British Columbia, in 1994, when I started my master’s. Now some people would say this was a bad idea. In July’s Quill & Quire Bill Richardson accuses a writer of perpetrating the “fractured jargon of the MFA,” as though they were handing out large jargon-fracturing mallets at convocation. But, you have to understand, I had just finished a philosophy degree and was writing sentences like this: “If computational characterizations merely specify rules for the manipulation of symbols, it seems that information – the semantic content of such symbols – should have no effect on the computational level.” Writing fiction for two years seemed like cool water.

Literary people get very excited about literary programs: they are wonderful, they are terrible, writing can’t be taught, you can spot an MFA by her prose style (bad), you can spot an MFA by her prose style (good), it’s a useless degree, it’s a hothouse, a unique experience, if you’re good enough to get in you don’t need to be there, it’s nurturing, it’s killing, yada, yada. Me, I liked it; I found it helpful. I learned a lot of small, concrete things. I learned that every line of dialogue does not need “she said” or “he says” as a tag, and that adverbs appended to such tags (“he chortled heartily”) are usually mistakes. I learned that I had a weakness for lists. I learned to avoid lengthy descriptions of insignificant characters. I learned to treat a short story like a carrot and chop off the green woody stuff at the beginnings and the too-pointed stuff at the end to make it tastier. A lot of people come into the MFA program knowing these things already, but I didn’t, so I was grateful for the information.

In each of these apprenticeships, I was encouraged to adopt a particular style. My journalist dad held up Hemingway and The Economist (amongst others) as practitioners of the kind of taut, terse writing he admired. Most of my peers and teachers at UBC championed the well-made contemporary North American short story emotionally subtle, character-driven, realist. (Note the long, long shadow of Alice Munro.) The pitfall of any apprenticeship, as Bill Richardson and many others imply, is that you’ll come out sounding like your master, and I’ll plead guilty to that. I’ll bet most of my piano students sound a lot like me, too. Eventually, though, we all have to shuck off the school uniform and figure out what’s left underneath, and that’s when the process gets dangerous, and interesting.

Which brings me full circle, to the secrecy. The writing I’m doing right now is a mess. I tried to write a novel; it imploded. (Hollow core.) I tried to change my prose style (longer sentences, longer paragraphs, less cleverness, more depth) and went from sounding like someone who’d read too much Hemingway to someone who’d read too much Faulkner. I’m a kid again, locked in my bedroom after school, trying to make something good without anyone looking over my shoulder. My students, I think, are wicked smart little animals; they smelled one of their own.

This essay was originally published in the May 2000 issue of Quill & Quire.