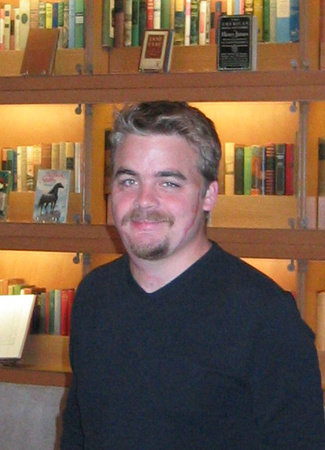 "The second hardest thing to do in life is to change from a child into an adult. There are so many ways to mess up. So many ways to get lost. It’s like crossing the ocean in a rowboat."–Brent Runyon

FROM THE AUTHOR
I took a job as a newspaper reporter a few months ago to help pay the bills. The other reason I took the job is that I get to do the police briefs, the section of the paper that details all of the crime and arrests in the small town I live in.

I’ve always loved that section of the paper. Especially here in this town. For years, I’ve been opening up to that section first, because there’s always something special in there.

An Alderberry Lane, man was arrested at 7:10 PM after neighbors reported he was threatening to kill them with a phone book.

Police were dispatched to Lakeview Avenue for a report of an uncontrollable teenage boy at 9:42 PM. The teen was reportedly refusing to follow directions, yelling, and screaming at his mother.

Maybe it’s just me, but I love the idea of the teenage boy who is so uncontrollable his parents have to call the cops to get him to calm down.

Not because it would be fun to be in that situation, but because I think we’ve probably all been in that situation–at least on one side of it. Most of us, I’m guessing, don’t get to the point where we call the cops.

Imagine if we did?

Dispatcher: 911, what is your emergency?
Parent: Yeah, hi, I have an uncontrollable teenage boy on my hands out here on Lakeview.
Dispatcher: What is the teenager doing?
Parent: Not following directions. Yelling and screaming. Acting in a generally uncontrollable ways.
Dispatcher: I’ve already dispatched a unit. Hold tight.

I mean, I get calling the cops if your car has been stolen or someone breaks into your house, but for a missing work glove? A phone book? An uncontrollable teenager?

But people do it all the time. And I mean, all the time. In a big city, probably, that stuff never gets into the police briefs because there are cars being stolen and homes broken into and worse.

And that’s part of the reason I took this job in this town for this newspaper. I love that I get to write about this stuff, because in a way, it makes the town seem small and quiet and normal.

There are still houses getting broken into, and the occasional car stolen, and every once in awhile there’s a murder.

But it’s still the kind of place where a tan work glove is stolen from an unlocked car, the police show up to write a report, and it makes it into the local newspaper.