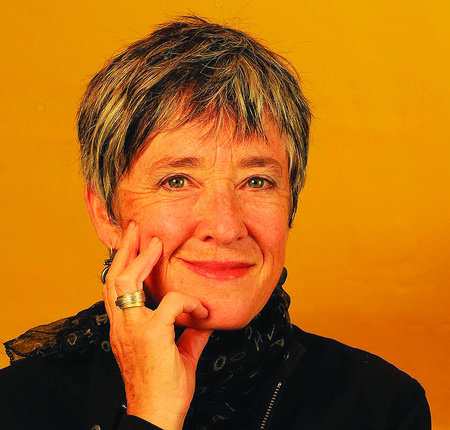 BETH POWNING’s previous books include Seeds of Another Summer: Finding the Spirit of Home in Nature, a collection of lyrical prose and photographs that celebrates the natural beauty of her New Brunswick home. Shadow Child, shortlisted for the Edna Staebler Award for Creative Non-Fiction, is a memoir of coming to terms with the stillbirth of her first son. Edge Seasons, a Globe and Mail Best Book, is a personal memoir about transformation–about seasonal change within the natural world around her and in her life. Her previous novels are the bestsellers The Hatbox Letters and The Sea Captain’s Wife. In 2010, Beth was awarded New Brunswick’s Lieutenant-Governor’s Award for High Achievement in English-Language Literary Arts. She lives on a 300-acre farm near Sussex, New Brunswick, with her husband, the sculptor Peter Powning.

A Measure of Light

The Sea Captain's Wife is rich with detail from the time period as well as festooned with specific seafaring terminology. How do you go about researching a book like this?

I started with a single book, "Women at Sea in the Age of Sail." I noticed the sources at the back of that book, many which were original documents in the New Brunswick Museum archives. I spent days in the archives, reading diaries, letters, and captain's logs. I also read old newspapers on microfilm at the Saint John Regional Library. Amazon and ABE books were a terrific source. I bought many used books, even some very rare ones. I sought out collections of stories, scholarly studies, and several Master's theses, one on the sociology of a seafaring town, one on pirates of the South China Sea. I also used travel guides of the period, one which was used by my great-great-great uncle, and from which I drew the portrait of Antwerp. I watched and re-watched a movie about a square-rigged ship that I found at Mystic Seaport. I visited the tall ships when they came to the Maritimes, tried on a hoop skirt, spent a week in a living history museum. I also spent two weeks on a small ship in the Arctic, which is where I envisioned how Azuba and Carrie would have felt when they stood, mittened and scarved, gazing at those icebergs.

What was your inspiration for Azuba and Nathaniel Bradstock?

My inspiration comes from the place where I live, on an old farm close to the Bay of Fundy. For years, I have stood on those headlands and stared out at the inhospitable water, wondering what it must have been like when it was filled with ships. I have seen the savagery of winter storms, walked on icy beaches, seen abandoned shipyards at the mouths of rivers. And I am surrounded with stories of the men and women who peopled the hills where I live. I walk and ski in forests that were once fields. I see cellarholes on remote hillsides, and stand in the wind on fierce winter nights, trying to imagine the people who once lived in this house.

Azuba and Nathaniel grew as the story grew.

Azuba stepped onto the page one day, when I had a surfeit of research and couldn't stop myself from starting to write. I had become impatient with a sort of self-censoring I felt in the women's diaries. I wanted to know what those women were really feeling; and then I realized that that was my job. I had to figure that out and write it down. I simply began, with a woman somewhat like one I had been reading about, who, in the 1860's, had been on a ship like Traveller, with a child the age of Carrie. I loved the juxtaposition of the horrifying Chinchas Islands with the Victorian parlours of those captain's wives, and so I began writing, in the first person, a description of why Azuba was wearing a white headscarf to protect herself from the yellow dust.

Nathaniel was a composite of all the hard captains I had read about, some who were quite cruel to their wives. As the story grew, events shaped the characters, and then the characters shaped the events. By the end of writing the novel, I knew Azuba and Nathaniel as intimately as I know my own family. Yet they were not complex characters when I began.

Each character is heavily detailed, down to the buttons on their shirts. How do you flesh out your characters? In your mind, what constitutes a well-constructed character?

There is the physical aspect, the outer person, as they appear to the eye of the beholder. And then there is the secret, private, deeply-hidden person.

I create the physical aspect by a conscious, almost clinical method. Sometimes I think of someone I have seen whose face I can describe. Sometimes I find a photograph, which I study. I studied two faces to make a composite for Nathaniel. They were both men who were on Shackleton's ill-fated expedition. Azuba's face I made up in my head. I saw her dark hair and the shape of her forehead. Carrie came from a photograph, a solemn little girl whose face gave me an insight into Carrie's character.

At Sarah Lawrence College, I began as an acting major before changing to Creative Writing. I learned the Stanislavsky method, which is how I create the characters that I write. In order to go inside, I need to be that person. I have to know what Azuba is wearing, how her hair feels on her face, if she is bathed or filthy, how she stands, how she moves.

Then I go inside. What is she feeling? And if so, why? What does she want? Is she ashamed of herself? What has she learned from a particular incident? And what factors made her the person she is? What did it do to Nathaniel to grow up with only men and an unloving mother? I am fascinated with how parents shape their children, and how children learn to understand and forgive the people who made them who they are. I am fascinated with how people learn to love, with how they move beyond hate, with how they deal with fear.

These are the things that interest me, both in real life and in the pages of novels. How do we become who we are, and how do we learn how to live a good life?

A well-constructed character is one I can easily picture, in my mind's eye; and whose inner life I can feel, and thus care about, passionately.

How do you go about mapping out a story that takes place over such a long period of time and all over the world? What difficulties do you face on a project like this?

I started with an actual voyage that I'd read about. That way, I had a template for how long a ship would actually take to go from New Brunswick to San Francisco; or from London to Java. I took a few real incidents that set my imagination on fire. Starvation, pirates. And the horrors of the guano islands. I didn't actually map out the book, but dove in, knowing only that I had a captain husband, his wife, and their child. The story emerged as I wrote.

I had two particular difficulties. One was to keep the "tone" of my research out of the novel. I read many, many dry historical books, and that tone was likely to infect my own prose. I went through one draft doing nothing but purging that tone.

The other problem was that I was so fascinated by the drama, the actual amazing sweep of the story, and the delicious details, that I had to work hard to find the real depth of those characters. That was my biggest challenge, and the thing that kept me awake at night. Who were they, really? How did they really feel about each other?

What are you working on now? Will we hear more from the Bradstocks in the future?

I am working on a novel that takes place in the 17th century, and is set primarily in England and in New England. It is based on a real historical figure, whose life has some totally unknown parts, which gives me scope for imagination.

The Bradstocks…; ah, many people have asked me for a sequel. I did go so far as to begin researching the fate of concubines in China, to see what may have happened to Lisette, but I think each reader will have to take that journey in their own imagination!