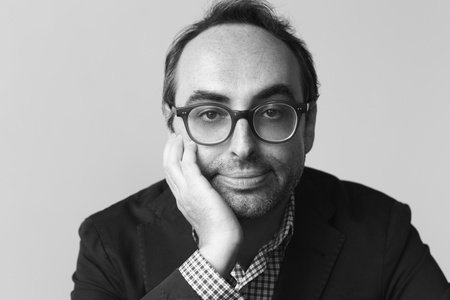 Gary Shteyngart is the New York Times bestselling author of the memoir Little Failure (a National Book Critics Circle Award finalist) and the novels Super Sad True Love Story (winner of the Bollinger Everyman Wodehouse Prize), Absurdistan, and The Russian Debutante’s Handbook (winner of the Stephen Crane Award for First Fiction and the National Jewish Book Award for Fiction). His books regularly appear on best-of lists around the world and have been published in thirty countries.

To inquire about booking Gary Shteyngart for a speaking engagement, please contact the Penguin Random House Speakers Bureau at speakers@penguinrandomhouse.com.

Be recruited by Ben Stiller and Gary Shteyngart! | Book Trailer for Lake Success

PENGUIN RANDOM HOUSE:A bit more than halfway through Little Failure, you are glancing around at former classmates at your twenty-fifth Solomon Schechter School of Queens reunion, and the notion of community strikes you. You state that Soviet Jews at SSSQ were simply invited to the wrong party. And that in your memoir, you’re trying to say who you were – because at the time you didn’t know. Were you successful? Do you feel Little Failure has explained who you were (and subsequently are)? Or do you feel there’s more or something different you need to say?

GARY SHTEYNGART: I think Little Failure is an attempt to explain who I was during several junctures of my life. Time moves so quickly that I think we spend our lives being a hundred different people. The memoir tries to deal with each of those people, one by one. In a way, it’s almost an epitaph for each one of those mini-lives lived. Seeing my classmates and realizing that I never truly belonged among them made for one bittersweet funeral.

PRH: It’s rare to read a memoir that is at once so revealing – and so self-deprecating. You didn’t sugarcoat your thoughts, your actions – and that’s such a breath of fresh air. What’s harder for you: creating a prettier picture? Or revealing the sometimes-gross truth?

GS: I don’t mind revealing gross truths. That’s been something I’ve been after in my fiction. The work is in trying to create an honest a portrait as possible. Sometimes I find work by immigrant writers to be too celebratory of national or familial struggles overcome. Yes, struggles were overcome. But the road to redemption smelled terrible.

PRH: Of all the turns in your life geographically and internally, which do you think had the biggest effect on who you are today?

GS: Being born in the Soviet Union to Russian Jewish parents. There’s no way around that. I carry the travails of that country and that particular ethnic group. But also the good stuff. The outrageous humor. The giddy cynicism. The rootless cosmopolitanism, as Stalin called it.

PRH:Characters from your real life have shown up in your novels, as you’ve mentioned throughout your memoir. Is there anyone we met in Little Failure who has yet to make an appearance – but will – in a future novel?

GS: Hmm, I don’t think so! At least, not a full character. I like to create a stew in which I boil people from my actual life to the point where they’re unrecognizable, but, hopefully, tastier than ever.

PRH:Has your analyst read your memoir yet?

GS: Not yet. Stay tuned.