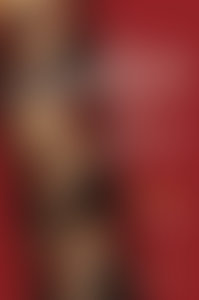 Steven R. Schirripa, a native of Bensonhurst, Brooklyn, starred in HBO’s The Sopranos, was a correspondent for The Tonight Show with Jay Leno, and hosted Spike TV’s Casino Cinema. He has appeared in numerous TV shows and films. He is the coauthor (with Charles Fleming) of the national bestsellers A Goomba’s Guide to Life and The Goomba’s Book of Love and a children’s book, Nicky Deuce: Welcome to the Family. Steve Schirripa lives with his wife and two daughters in New York City.

Charles Fleming is the author of the novels The Ivory Coast and After Havana, and the nonfiction bestsellers High Concept and Three Weeks in October. He lives with his wife and two daughters in Los Angeles.

HBO® and The Sopranos® are service marks of Time Warner Entertainment Company, L.P.

Sign me up for news about Steven R. Schirripa and more from Penguin Random House

The Goomba’s Book of Love

A Goomba’s Guide to Life

Nicky Deuce: Home for the Holidays

Nicky Deuce: Welcome to the Family