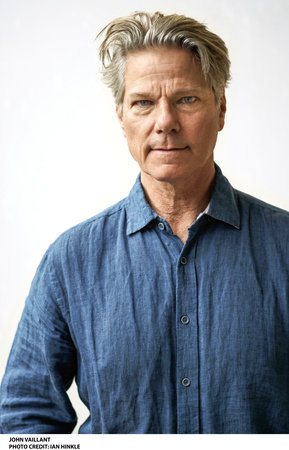 JOHN VAILLANT’s first book, The Golden Spruce, was a #1 national bestseller, winner of the Governor General’s Literary Award for Non-Fiction, the Pearson Writer’s Trust Non-Fiction Award and the Roderick Haig Brown Regional Prize. The Tiger was a #1 national bestseller, a Canada Reads selection, a Globe and Mail Best Book, and won the BC National Award for Canadian Non-Fiction, the Prix Bouvier, the Sigurd Olson Nature Writing Award, the Hubert Evans Non-Fiction Prize, the CBA Libris Award for Non-Fiction Book of the Year and the CBC Bookie Award for Best Overall Book. It has been translated into 15 languages. Vaillant has written for The New Yorker, The Atlantic, Outside, National Geographic and The Walrus, among other publications. He lives in Vancouver, British Columbia, with his wife and children.