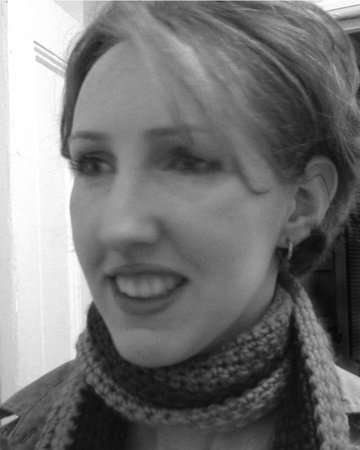 "I was great at painting and gluing and sculpting. I was terrible at reading and math and paying attention. Thankfully, I didn’t let my poor academic performance dissuade me from accomplishing my lifelong dreams."–Meghan McCarthy

Meghan McCarthy is a graduate of the Rhode Island School of Design and lives in Brooklyn, NY.

I was a wild child and barely stayed stationary for more than a minute, according to my mother. I grew up in a small town in Rhode Island called Clayville, which at the time, was comprised of about 200 people, trees, lakes, grass, dirt roads, and more trees. There wasn’t much to do and there weren’t many kids to play with. My kindergarten class consisted of only 12 kids. To make matters worse, my sister vomited on the back of the
family television one day, when I was about five. That tragic event was a catalyst for my parents’ monumental decision——no TV. From that day forward, my sister and I were to entertain ourselves.

For over a year, the family television sat useless and dusty. It was, however, resurrected after our toothless, 1950s-truck-driving, lawnmower-loving neighbor couldn’t stand our cultural oppression any longer. During dinner one night, Mr. Parker stormed through the dining room, into the living room, and absconded out the back door with the TV. He brought it back a week later——repaired——much to my parents’ dismay. But by that time, it was too late. I didn’t care to watch TV. I had more important things to do.

A few of those “important” things included inventing a flying machine, jumping off the garage roof with an umbrella, and publishing a children’s book. I never did finish the flying machine——I think my father eventually dismantled the metal pieces and put them
out with the trash. I did jump off the garage roof and, thankfully, landed in one piece. And as for the children’s book, well, that didn’t happen right away. I hit a few speed-bumps.

One of those speed-bumps was encountered early on. My elementary school teachers often lectured “Meghan, pay attention,” and “Meghan, stop daydreaming,” and “Meghan, doodling is not important.” I was great at painting and gluing and sculpting. I was terrible at reading and math and paying attention. Thankfully, I didn’t let my poor academic performance dissuade me from accomplishing my lifelong dreams.

I continued to draw, paint, and write stories throughout my high school years——often while sitting in math class. Although I kept hitting those all too familiar speed-bumps, my hard work got me into art school. Thankfully, the Rhode Island School of Design didn’t care about my math grades!

After art school, I moved to New York City, population of more than 8 million——a far cry from little old Clayville. I moved to New York to get a children’s book published and I wasn’t going to leave until I did it! Despite the culture shock, I adjusted.

I’d like to say I’ve changed a lot since the Clayville years. I’ve hopefully matured. I can actually finish an entire novel from front to back and can even balance my checkbook. But, somehow, I haven’t changed that much. My head is still in the clouds. I still have a few lifelong dreams to accomplish, such as being a lounge singer and jumping out of a plane, but my most unattainable dream has been attained.

That kid who swore she could fly by simply flapping her arms is still lurking. That’s why I’m a children’s book author, and it’s the perfect job for me.

The Incredible Life of Balto