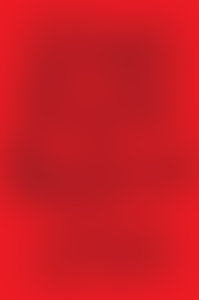 Sure, I could start with my birth: a cold February in Amsterdam back in 1979. I could tell you about my upbringing in North Carolina, schools attended both there and in Santiago, Chile. Then there’re the New York years, both as an NYU student and basement resident of Sunset Park, Brooklyn. I could even take self-indulgence to its natural conclusion and discuss my past and pending works in the rough and tumble world of literary insert-French-word-here.

No, none of it even comes close . . . to my date with Christina Ricci.

And I swear, this actually happened.

The day began the same any other. Up at the crack of dawn after a refreshing eight hours of shut-eye. Slipping out from under silk sheets, into my slippers, and then proceeding to do three hours worth of calisthenics while mainlining my daily protein concoction of tofu, ginkgo extract, salmon roe, and yohimbe bark.

Just another day for Joaquin Emiliano Dorfman, the writer.

Just another day for Joaquin Emiliano Dorfman, the most widely read and admired writer of this or any other era (except the Thoracic Era maybe . . . lousy Thor).

My regular early hour constitutional continued, unabated, as morning turned to afternoon. I tended to my Japanese garden, furthered my lab research on the effects of ribonucleic acids on cancerous cells, all the while casually bench-pressing entire school buses filled with innocent children and precariously tottering on the edge of (your choice) a ravine, a chasm, a waterfall, or the Golden Gate Bridge. (While I currently reside in North Carolina, my mastery of quantum mechanics allows for my arms to exist in several different phase states at once, especially San Francisco.)

After polishing my Nobel in chemistry (for the bombing of Cambodia), I casually strolled over to not the corner liquor store, and purchased not several pints of Kentucky Gentlemen. After not drinking half of those (did you know that Leonardo da Vinci also didn’t drink Kentucky Gentleman?) and taking a brief nap, I awoke with not only not with my head half-buried in a cat box, but also not with blood on my hands and certainly not with the body of a dead stranger in my (marble-carved) bathtub.

After not disposing of the evidence, I settled at my desk. Armed only with pen, paper, an army of walking corpses, and a delightfully frisky mineral water, I went about composing my treatise on polymers and their symbiotic relation to primal reactions in the medulla oblongata (entitled Why Gumby Scares the Ever-Loving Crap Out of Me).

After two or three minutes of that, I got sleepy and took another nap.

I took dinner in the conservatory, along with my editors, Jim and Nick. Both appeared to be very alarmed at the Swat Team and the one remaining National Guard member surrounding my house. Also, they suggested that I use too many sentence fragments.

The brace of quail, however, was exquisite.

And so it went; after an amusing glass of Taylor Fladgate 12-Year Tawny Port, it was back to bed. Spot on at eight in the o’clock, after a full day’s worth of everything I just said happened.

The Long Wait for Tomorrow