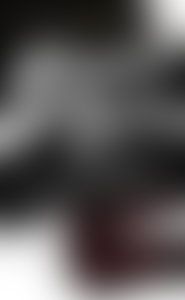 Horatio Alger, Jr. was born in Chelsea, Massachusetts in 1832, the son of a Unitarian minister. He received a strict upbringing and was educated for a life in the church, graduating from Harvard in 1852. After leaving Harvard, Alger, to his father’s disappointment, took a job as a historian in Middlesex County, Massachusetts, and later worked as a teacher at a boys’ boarding school in East Greenwich, Rhode Island. He traveled in Europe for a year, and then returned to the United States in 1857 to complete his studies at the Harvard Divinity School. In 1864, Alger was ordained a minister at the First Parish Unitarian Church of Brewster on Cape Cod. Sixteen months later, however, he was dismissed from the pulpit after being accused of engaging in homosexual relations with two boys. After his dismissal, Alger began to focus on his writing career, which spanned more than three decades and 110 books. He wrote mainly children’s books about boys and girls who rise from rags to riches through hard work and faith in the American dream. His first major success came with the publication of his eighth novel, Ragged Dick, in 1868. Other popular novels include Luck and Pluck (1869), Tattered Tom (1871), and Strive and Succeed (1872). Alger also wrote several adult novels, including A Fancy of Hers (first published as The New Schoolma’am in 1877) and The Disagreeable Woman (1895). Alger, who never married, spent the last decades of his life living at his family home in South Natick, Massachusetts, where he died in 1899.