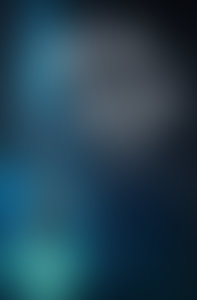 Elizabeth Bear was the recipient of the John W. Campbell Award for Best New Writer in 2005. She has won two Hugo Awards for her short fiction, a Sturgeon Award, and the Locus Award for Best First Novel. Bear lives in Brookfield, Massachusetts.

The Del Rey Book of Science Fiction and Fantasy

You’d think it would take a certain amount of arrogance for an author to decide to write a novel about William Shakespeare and Christopher Marlowe, and their adventures in the cracks between the Elizabethan espionage underworld and the mystic Faerie realm. But in fact, what led me to write Ink & Steel and its immediate sequel, Hell & Earth, was not arrogance.

It was ignorance. Profound, death-defying ignorance. Ignorance of the intricacies of Elizabethan intrigue, history, the stage. Ignorance of the sheer amount of material anyone must master to do a creditable job of storytelling in that time period. Ignorance of the challenges of writing historical fiction in any period, really, though it’s my egocentrism that the Renaissance in England is particularly nonsensical.

Luckily for me, by the time I figured out how much work I had bitten off, I was already in over my head and there was nothing to do but learn to swim. I read everything I could get my hands on, chasing footnotes, following a vague idea that had sprung from a conversation with a mad Oxfordian at a Christmas party.

That conversation led me to actually researching what we know about who wrote the plays of Shakespeare, because it sparked the idea that it would be interesting to write a novel in which William Shakespeare, player, became the front-man for a group of propagandists writing plays intended to prop up the reign of a fading Queen Elizabeth.

I suppose I need to explain what an Oxfordian is. Like most people, I’d never really paid much attention to the so-called Authorship question. I was aware of its existence, of course. As no doubt are you—”The works of Shakespeare were not written by Shakespeare, but by someone else of the same name.”—but I’d never investigated.

There are any number of pet theories about who the “real” author was, so many so that there exists, indeed, a taxonomy of theorists—Oxfordians, Baconians, Marlovians. And where there’s smoke, there’s fire, right? I started off hoping to uncover evidence of a vast, four-hundred-year-old literary conspiracy.

Alas! for romance, however, because despite what the anti-Stratfordians will tell you, evidence for the authorship of Shakespeare’s plays is quite well-documented, and tends to indicate that one William Shakespeare, vile player and glover’s son of Stratford, was the man behind the pen.

My initial idea was, as they say, toast. But as I read more, drawing up a timeline of historical events, the book began to develop. And to change into another book entirely. From a straightforward historical thriller, it developed into a fantasy novel, one that slotted neatly into my existing chronology of the Promethean Age. I became more and more fascinated with one Christofer Marley, remembered to the ages as Christopher Marlowe, Shakespeare’s rival, contemporary, and—quite possibly—collaborator and friend. Marlowe is another of the candidates for having written Shakespeare’s plays, and he’s a tricky historical figure, reviled or lionized by many—though more often for reasons of what is projected upon him than of what is documented from his actual life.

As I researched, it became apparent that these two men between them provided not just the skeleton for a book, but an incredible richness of ideas and links, a webwork of connections. I learned that everyone in Elizabethan London who was anyone knew each other. Their lives intersected on many points, and that goes doubly for the Elizabethan stage. It was a tiny community of men who shared lodgings, beds, women, patrons, taverns, and playhouses. They collaborated, they argued, they dueled—the poet Ben Jonson famously pistol-whipped a rival poet, John Marston, with Marston’s own pistol—and they squabbled.

I became obsessed with getting it right. I traveled to England, to visit the sites mentioned in the book. I relied heavily on my friend Sarah Monette—to whom I was at that time newly introduced—for assistance: in addition to being an award-winning fantasy author, she is a Ph.D. in Renaissance drama, and while I was working on this book, she was finishing her dissertation. We bonded over playwright trauma.

I re-read the works of Shakespeare, and for the first time read the entire collected works of Christopher Marlowe. I became utterly tiresome on the subject of Clever Anecdotes About The Elizabethan Stage. (Ben Jonson, a particularly good source of outrageous behavior. The poet—and collaborator with both Marlowe and Jonson—Thomas Nashe, a particularly good source of detail on Elizabethan sexual practices, as he had a bit of a sideline as a pornographer.)

The book itself (which at that point I had come to call The Stratford Man, after the pejorative term used by Oxfordians to identify William Shakespeare of Stratford) budded off offspring, stories and books I developed to use up ideas which my research generated that would not fit into The Stratford Man.

As for The Stratford Man itself? That novel itself grew to enormous length, and had to be divided into a duology. Ink and Steel, of course. And Hell and Earth.

And at the end of five years of intensive work, of writing and rewriting and researching and rewriting, I had a pair of novels on my hands. Good novels, I believe, which to my lasting joy Roc has agreed to publish almost hand-in-hand. These are absolutely the best novels I am capable of writing at this point in my life. And in a bit of synchronicity that pleases me very much, they are being published in 2008, which happens to be the 444th anniversary of the births of William Shakespeare and Christopher Marlowe.

I hope very much that you enjoy them.