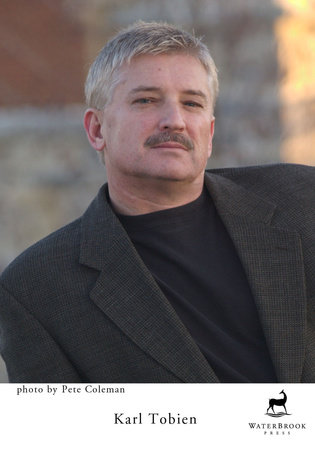 Karl Tobien was born in 1956 just outside a Soviet slave labor camp in the northernmost region of Siberia. He lived in Russia with his mother, father, and grandmother until he was two-and-a-half years old, after which he lived in Hanover, West Germany, until nearly age six. Speaking fluent Russian and German at a young age–and not much English, he first arrived in America in 1961–with his mother and grandmother, and was raised in Cincinnati, Ohio. As a child, Karl had an avid interest in sports, music, and drama. He attended the nationally renowned high school, Walnut Hills, and graduated in 1974, after which he enlisted and served four years in the United States Navy, while pursuing a degree in Business Administration. Throughout the uncertainty of his twenties, in search of meaning and identity, Karl held a series of unconnected, random occupations, including: disc jockey, lifeguard, bartender, actor, model, while playing amateur hockey and baseball. While raising a family, his subsequent years were marked by several noteworthy stints in the corporate business community. Today Karl is a sales/management consultant in the private business sector, speaker, and author. He resides in Cincinnati with his wife, Tina, and his four children: Karla, Matthew, Kaleb, and Khloe.

Dancing Under the Red Star