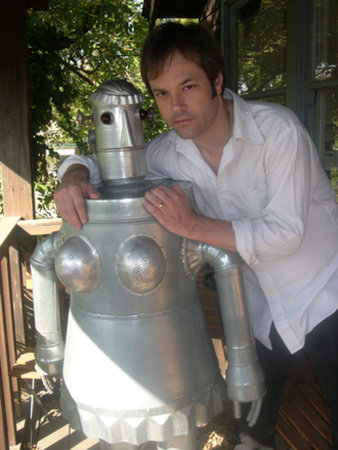 “Why did you decide to write a Young Adult Novel?”

That’s usually the first question you get when someone learns you have written a book like King Dork. One way to respond is to say: "I’ve only written the one book. But I’ve read… several." Said in the right way, it can be pretty funny. You pause, make your eyes go a bit wry, yet serious, and slightly emphasize the word "several." See, "several" sounds like too few books to have read when you’re going around saying you’re an author. But of course, the questioner thinks, he could be kidding. Couldn’t he? If things go according to plan, the next question will be: "What is your favorite book you’ve ever read?" You can answer with a question of your own: "you mean all the way through?" Then look a bit stumped. With any luck, the original question will have been forgotten by then, and you can go back to whatever you were doing.

But I’m going to break with my usual policy here and be perfectly honest: the reason for trying to wriggle out of that question by acting like an idiot is that I don’t know the answer. It’s not like I "decided" to write a YA novel. The way it happened was, I had misspent pretty much my entire life writing songs for my punk rock band. I had a cult following. One former cult member became a literary agent when he grew up (they do that sometimes – grow up, I mean) and he had the idea that the sort of characters, themes, and turns of phrase that pop up in my songs of arrested adolescent angst might make a pretty good book. I was skeptical but I said I’d give it a shot. I procrastinated for a long, long time. Then one day I started typing and, somehow, through a process I neither understand nor even really remember all that well, the stuff I was typing turned into a novel about a teenager. And, voilà, (if, voilà is the right word), I became a YA novelist. Actually, voilà is definitely not the right word, because it took almost two years in the end, and it was kind of hard. It was like watching grass grow while hitting your head against a rock.

To continue the unfamiliar technique of being perfectly honest, I’ll admit something else: I have, in fact, read a lot more than several YA novels. Like many kids with no friends, I spent a whole lot of time reading. I mean, books were my friends, and I would commune with them in the hallowed halls of my Imagination. Not really – that was a kind of joke. But I had a lot of time on my hands, and what else are you going to do when there’s nothing on TV? Like most people, I began flirting with the YA genre by reading the sexy books that I was supposed to be too young for, particularly the ones about girls (there weren’t actually all that many sexy ones concerning boys) as a kind of research project for a potential future career as a Great Lover of Women. Most of what I imagined I learned about girls and human relationships from these books, admittedly, turned out to be almost wholly inaccurate, but never mind. Then, when I was the age you’re supposed to be when you read teen lit, I tended to avoid it and read "adult books" and "classics" instead.

Then as an older teenager, I worked at the local public library. That job was, once again, like being a kid with no friends, in that I tended to have a lot of time on my hands. So, for something to do in the down time, I assigned myself a little project of reading every book in the Children’s Fiction section, from beginning to end, in alphabetical order. I didn’t love them all, but I loved a lot of them. (My favorites were darker, psychological studies like those of Robert Cormier, or ultra-wacky stuff like Ellen Raskin—but I gave everything a shot.) I continued to read YA books through my alleged adulthood. And now I read them not only for enjoyment and what I think they call "enrichment," but also out of professional interest, i.e., checking out the competition.

I have been too young, too old, then way too old, but in a lifetime of doing things I’m technically not supposed to do, few forbidden experiences have been as powerful, as inspiring, or as cool as this habit of always reading the wrong books. And now I’m writing them, too. Long live age-inappropriateness.