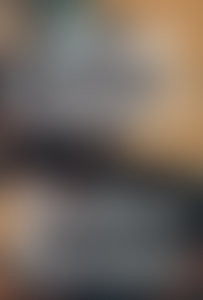 General Carl Stiner was born in LaFollette, Tennessee, on September 7, 1936. He graduated from Tennessee Polytechnic Institute in 1958 with a bachelor of science degree and was commissioned in the Infantry. He served initially with the 9th Infantry Regiment at Fort Benning, Georgia, the 7th Infantry Division in Korea, and commanded a basic training company at Fort Jackson, South Carolina.

Stiner’s first special operations tour of duty was in l964-66 with the 3rd Special Forces Group at Fort Bragg, North Carolina. Following graduation from the Army Command and General Staff College in 1967, he served in Vietnam as both an infantry battalion and brigade operations officer (S-3) with the 4th Infantry Division.

In 1970, after a tour with Headquarters, Department of the Army in Washington, D.C., Stiner joined the 82d Airborne Division where he commanded the 2nd Battalion, 325th Airborne Infantry Regiment, and served as the Division operations officer (G-3). Following graduation from the Army War College in 1975 and a tour in Saudi Arabia, he commanded the 1st Infantry Training Brigade at Fort Benning, Georgia.

Promoted to Brigadier General in 1980, Stiner served first as the Chief of Staff, Rapid Deployment Joint Task Force (RDJTF), then headquartered at MacDill Air Force Base, and later as the Assistant Division Commander of the 82d Airborne Division. After serving on the Joint Staff in Washington, D.C., as Assistant Deputy Director for Politico-Military Affairs, in 1984 he was promoted to Major General and appointed as Commanding General of the Joint Special Operations Command at Fort Bragg.

In May 1990 he was promoted to the rank of General and became the second Commander in Chief of the United States Special Operations Command, headquartered at MacDill Air Force Base, Florida. As Commander in Chief, he was responsible for the readiness of all special operations forces of the Army, Navy, and Air Force, both active duty and reserve. He retired in May 1993.

During his thirty-five year career, General Carl Stiner commanded the Army’s preeminent contingency strike forces; including the Joint Special Operations Command, the 82d Airborne Division and the XVIII Airborne Corps. General Stiner has an extensive background in special operations. Among the many missions with which he was involved was the capture of the terrorists in the Achille Lauro hijacking, the Panama invasion and the capture of Manuel Noriega, and all special operations activities during Operation Desert Storm.