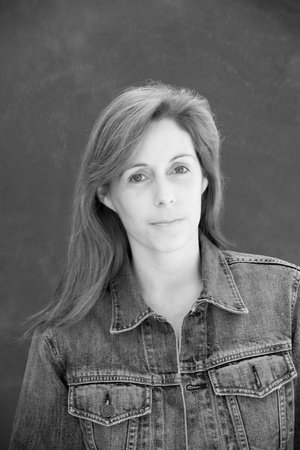 Laurie Halse Anderson is a New York Times bestselling author whose writing spans young readers, teens, and new adults. Combined, her books have sold more than eight million copies. She has been twice nominated for the Astrid Lindgren Memorial Award. Two of her books, Speak and Chains, were National Book Award finalists, and Chains was short-listed for the prestigious Carnegie Medal. Laurie was selected by the American Library Association for the 2009 Margaret A. Edwards Award and has been honored for her battles for intellectual freedom by the National Coalition Against Censorship and the National Council of Teachers of English.

In addition to combating censorship, Laurie regularly speaks about the need for diversity in publishing and is a member of RAINN’s National Leadership Council. She lives in Philadelphia, where she enjoys cheesesteaks while she writes. Find out more about Laurie by following her on Twitter at @halseanderson, Instagram at halseanderson, Facebook at writerlady, and Pinterest at halseanderson or by visiting her website, madwomanintheforest.com.

The Impossible Knife of Memory

The Seeds of America Trilogy

Where were you born?
Potsdam, NY way up in Northern New York state.

Where did you go to high school?
Fayetteville-Manlius High School in Manlius, NY and the Hong Studenter og HF Kursus in Hong, Denmark. (Note the “o” in Hong should have a diagonal line through it – it’s one of those funky Scandinavian vowels.)

What were you like when you were growing up?
Quiet.

What were your favorite books?
Science fiction and fantasy

What was your family like?
Struggling. My parents loved us, but they had many, many complications in their lives from their jobs and other painful personal stuff going on. My sister and I were on our own a lot.

Are any of your other characters based on you or your family?
I think the sense of humor is like that of my family’s. We are very good at laughing.

Did you go to your prom?
I went to my junior prom, and to the junior prom of my boyfriend. He went to a different school. The theme at mine was, no joke, “Stairway to Heaven”. It was the ’70s. For my senior prom, I was in Denmark. No proms there, just a lot of pigs and great pastry.

How much do you think proms have changed over the years?
People pour way more money into them, but I think the overall experience is the same. It can be a blast or a nightmare. A lot of it has to do with having realistic expectations, and making sure you hang out with people you like, instead of being somebody that you’re not.

If you could take any president/celebrity to the prom, which one would you choose and why?
I’d take Ashton Kutcher because he looks like he’d be a lot of fun.

If you went to the prom this year, what would you wear?
Something that shows off my biceps.

Did you do anything special to gear up for writing about Prom?
Went back to my favorite research spot – the food court at the mall.

What’s your advice for making prom the most memorable night?
Stay sober. Nothing says “Prom Loser” quite like vomit on a four hundred dollar dress.

Do you have a favorite place to write?
I can write pretty much anywhere. Listening to my iPod helps me write in crazy places like airports.

What’s on your Ipod?
You’re kidding, right? I have 2 days worth of music and a collection of David Sedaris essays. The artists who are played most often include Joan Osborne, Natalie Merchant, Pachabel, Sting, Nirvana, the Allman Brothers, Dave Matthews and U2. Oh, and Bruce. This gadget qualifies as my number favorite toy of the century. I would rather have an iPod than a microwave, I swear.

Do you have plans to write any more books?
Oh, yeah!!!! I got a million of them!

What were some of your previous jobs before you became an author?
Best job – milking cows. Worst job – stockbroker. Job I’d go back to if I quit writing books – newspaper journalist… or maybe milking cows. You don’t have to deal with obnoxious people on a dairy farm. You just have to watch where you step.