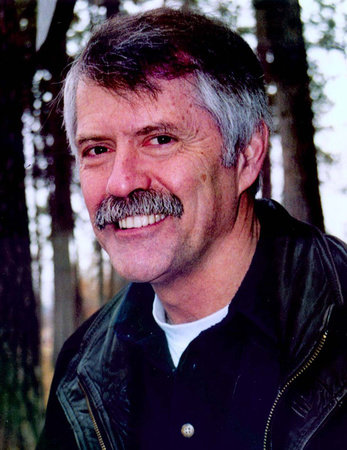 “What I hope my writing reflects . . . is a sense of the connections between all human beings . . . and a different perspective on the true nature of courage. For me, those are things worth exploring and writing about.”—Chris Crutcher

Chris Crutcher received the Margaret A. Edwards Award, which honors an author’s lifetime achievement for writing books that are perennially popular with teenagers.

Congratulations!
Chris Crutcher has been chosen as one of six writers selected by The Writer magazine to receive their 3rd annual "Writers Who Make a Difference" award.

Chris Crutcher’s dad was an Air Force pilot, and his parents were “just passing through” Dayton, Ohio, when Chris was born on July 17, 1946. Crutcher claims his parents “were in Cascade before I got dry,” referring to Cascade, Idaho, the small lumber and logging town of about 950 people where he was raised.

As a youth, ALAN Award–winning and six-time ALA award-winning author Chris Crutcher was not an outstanding student. He attributes his academic non-achievements to having an older brother who was “real bright. He was the valedictorian of the class, and I don’t think he got anything under an A minus the whole time he was in high school. I got a good picture of what that was like and decided I didn’t want anything to do with it.”

Not many people, least of all anyone connected with his education, would have imagined that Crutcher would ever become a writer. Though both of his parents were voracious readers, reading was not one of Chris’s favorite pastimes. In fact, he read a grand total of one book from cover to cover during his entire four years of high school. When it came to writing book reports, he invented titles for reports, as well as stories to go with them, and often got his authors from the pages of the Boise telephone directory. He also copied from his brother. Many times, Chris would “take one of his [brother’s] book reports and misspell a few words, take it ‘down’ a few notches, and turn it in.”

After high school, Crutcher attended Eastern Washington State College, where he earned a Bachelor of Arts degree in psychology/sociology. Chris admits he naively thought he could just turn up at the college of his choice on opening day and register. Upon learning in senior year that applications were necessary, “I ran down to the library. All the college catalogs were either black or blue, and Eastern’s was red, so I took it.”

After graduation, he roamed around the country with a friend for a year. Then he went back to school for a teaching certificate. He spent nearly 10 years in Oakland, California, as Director of a K–12 alternative school for inner-city kids. In 1980, Crutcher moved back to Washington and settled in Spokane, where he works as a child and family therapist in a mental health center, focusing on child-abuse cases.

“I didn’t start writing until I was 35. It’s hard to imagine my life not writing. I love it. There’s really a part of it that’s connection. When you’re watching somebody read your material and they smile and nod, you know you’ve found that place where your experience and their experience match, even though they aren’t the same exact experience. Any time I write something and you say, ‘Yah,’ boy, it’s a kick!”

Chris Crutcher’s novels are a reflection of real life as he sees it. As in real life, his novels combine humor with difficult and serious situations. He draws heavily on his own experiences and on elements that have surrounded his life. For example, the tiny lumber town of Cascade, Idaho, where Crutcher grew up became the fictional village of Trout, Idaho, in his novel Running Loose. His experiences working for the alternative school in Oakland formed the basis of The Crazy Horse Electric Game. And the emphasis on swimming in Stotan! comes directly from Crutcher’s own involvement in this sport in college.

His book Staying Fat for Sarah Byrnes was praised by School Library Journal in a starred review as “a masterpiece.” In this darkly funny, suspenseful novel about friendship, a high-school senior tries to help his badly scarred best friend, Sarah Byrnes, deal with a horrific event in her past.

“The characterizations in these stories are powerfully drawn, and the dialogue is quick and scorching.”—The Horn Book Magazine


CHINESE HANDCUFFS
“This many-faceted tale of a contemporary family . . . is a compelling, well-paced, and even humorous one of human failing, survival, and hope.”—The Horn Book Magazine

“Characterization is sound and consistent. Crutcher’s writing has both insight and fluency.”—The Bulletin


THE CRAZY HORSE ELECTRIC GAME
“Resounding with compassion for people tripped up by their own weaknesses, this book explores sophisticated themes with both a poetic sensibility and gritty realism.”—Publishers Weekly

“[Crutcher’s] voice is as clear and energetic as ever.”—The Bulletin


IRONMAN
“With its highly charged intensity channeled into riveting prose, an array of eccentric and strong characterizations, and dramatic plot climax . . . Ironman is a combination of the psychological and the sports novel at their best.”—Starred, Booklist

“Crutcher again demonstrates his genius for tackling big issues and thought-provoking philosophies in an accessible and entertaining way.”—Starred, The Horn Book Magazine


STAYING FAT FOR SARAH BYRNES
“Such superlatives as ‘riveting’ and ‘powerful’ can only hint at the craftsmanship on display in this transcendent story of love, loyalty, and courage. . . . Superb plotting, extraordinary characters, and crackling narrative make this novel one to be devoured in a single unforgettable sitting.”—Starred, Publishers Weekly

“A masterpiece. . . . This type of novel is what many of today’s YAs are looking for: sophisticated characters and plot, with a healthy dose of black humor.”—Starred, School Library Journal


STOTAN!
“Crutcher’s novel more than moves and entertains; it teaches . . . young people about responsibility, about courage and heroism, and ultimately about life itself. Stotan! is very, very good.”—Starred, School Library Journal

“Crutcher has written an involving, realistic novel; though it deals with tough, unsolvable issues, it is often leavened with humor.”—Publishers Weekly

King of the Mild Frontier