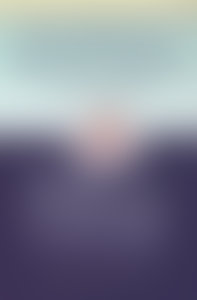 When author and therapist James Redfield self-published his first novel in 1993, the groundswell of enthusiasm from booksellers and readers made The Celestine Prophecy one of the most successful self-published books of all time. Since 1994, when Warner Books published The Celestine Prophecy In hard cover, this adventure parable about a spiritual journey to Peru has become one of modern publishing’s greatest success stories. According to Publishing Trends, The Celestine Prophecy was the #1 international bestseller of 1996 (#2 in 1995). In 1995 and 1996, it was the #1 American book in the world. This phenomenal novel spent over 3 years on the New York Times bestseller list and also appeared on bestseller lists around the world.

In 1996 The Celestine Prophecy was joined by an eagerly awaited sequel, The Tenth Insight: Holding The Vision, which also became an instant bestseller. The two books spent a combined 74 weeks on the New York Times bestseller list, making James Redfield the best-selling hard cover author in the world in 1996, as cited in BP Report (January, 1997).

James Redfield was 43 when he published The Celestine Prophecy, which chronicles Nine Insights into a greater spirituality. He has been keenly interested in human spirituality all his life. Born on March 19, 1950, he grew up in a rural area near Birmingham, Alabama. From an early age he was motivated by a need for clarity about spiritual matters. Brought up in a Methodist Church that was loving and community-oriented, he was nevertheless frustrated by a lack of answers to his questions about the true nature of spiritual experience. As a young man he studied Eastern philosophies, including Taoism and Zen, while majoring in sociology at Auburn University. He later received a Master’s degree in counseling and spent more than 15 years as a therapist to abused adolescents. During this time, he was drawn into the human potential movement and turned to it for theories about intuitions and psychic phenomena that would help his troubled clients.

All along, Redfield was forming ideas that would eventually find their way into The Celestine Prophecy. In 1989 he quit his job as a therapist to write full-time, synthesizing his interest in interactive psychology, Eastern and Western philosophy, science, futurism, ecology, history, and mysticism.

Using an adventure parable approach that has been called “part Indiana Jones, part Scott Peck,” The Celestine Prophecy created a model for spiritual perception and actualization that resonated with millions of people and focused on the mysterious coincidences that occur in each of our lives. Disdaining the spotlight himself, Redfield proclaimed in The Celestine Prophecy that each of us must intuit his own spiritual destiny.

Redfield heard about a publishing consultant from New York who had just moved into the area. Driven by intuition to seek him out, the two met, and the coincidences began. Redfield quickly decided to self-publish the book. Just as he went to print, he met Salle Merrill, who brought with her a timely emphasis on the importance of giving. Now husband and wife, James and Salle filled the trunk of their car with copies of The Celestine Prophecy and drove to bookstores, meeting readers and talking about the book. “Of the first 3,000 copies we printed, we mailed or personally gave away 1,500 to small book shops and individuals in Alabama, Florida, North Carolina and Virginia.” James recalls in The Celestine Vision, “Word of mouth recommendations took care of everything else.” In six moths the book had over 100,000 copies in print, was in all 50 states, and was appearing in countries around the world. “It sold not because of any publicity I did, but because other began to give it to their friends everywhere.”

After the self-published book was brought to the attention of Warner Books through a savvy sales rep, Warner Books bought the rights ($800,000) and published the hard cover edition in March, 1994. The book climbed to the #1 position on the New York Times hard cover bestseller list. It remained on that list for more than three years, joined by The Tenth Insight, which builds upon the Nine Insights revealed in the first novel.

James has been deeply involved in saving American’s last wilderness areas. He has lobbied officially and met socially with Senators and Representatives to promote the Act to Save America’s Forests, legislation written by the Washington-based environmental group—Save America’s Forests.

In early 1999 James Redfield became involved with the Global Renaissance Alliance (GRA), and organization founded by Marianne Williamson and Neale Donald Walsch. GRA’s mission is to reawaken people more to the principles of non-violence and the need to infuse spiritual values into the political system.

In 2000 they visited Europe, Central and South America and most every corner of the U.S.

James and his wife, Salle, both natives of Alabama, reside in Florida with their cat, Meredith.

God and the Evolving Universe