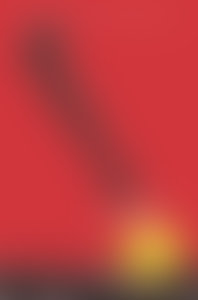 My adventure began in a pushing-and-shoving match with my twin brother to see who would be first in birth. He won. I pouted for six minutes before heading for daylight. Coming in second, and being the youngest of four kids, sealed my fate as a spirited showoff. I soon donned a black cape, hat, and mask and became Zorro. I was hopelessly caught in the cloak of imagination. My father reading us books like Treasure Island and Robinson Crusoe drew the cloak tighter.

Many writers have a defining moment when they realize they want to be a writer. I’m still waiting for mine. But I do remember a moment when I realized I had a playful expression management problem. One night, when I was six or seven, and my parents were subjecting us to the agony of listening to classical music on the radio, I lay on the floor in the dark and found myself conducting the music with facial expressions. Try it sometime, it’s fun.

The dream of becoming the first face-conductor soon faded in the exhilarating rush of sports and girls. These two pursuits satisfied my creative urges through junior high. Then, in 10th grade, I became a passionate writer. Not by choice. Having moved from Iowa to North Carolina, and having failed to kidnap my girlfriend and bring her along, I had to settle for the next best thing: writing an endless stream of love letters. A pattern was beginning to emerge–express yourself or perish from misery.

Then came the next blow that pivoted into blessing. Attending college back in the Midwest, I was too small to play football or not good enough to play any other sport. Thrashing about for some kind of outlet, who should appear but Zorro, the Ghost of Costumes Past. Raising his sword, he pointed to the theater and the dance studio. Before finishing college, I joined a theater company in Maine, barnstormed around the country for five years, then landed on Broadway in the mime and body-puppeteering show Mummenschanz. The cloak of imagination was now figurative and literal.

Joining Sesame Street as Barkley, the big sheepdog, I was soon doing various Muppet characters, including Telly Monster, the fiend of fretting. As Barkley, I bounded around China and Japan in specials with Big Bird. Work on several Jim Henson films included the chance to express myself and perish as the Dying Master in The Dark Crystal.

The downside of long hours in film and TV studios is all the downtime. Besides growing restless, I had a wife and two young daughters I was seeing too little of. So I traded life in front of the camera for life behind it. I became a children’s television writer. With that change came the writer’s greatest perk: a 20-second commute in your socks. I wrote for Eureka’s Castle, The Magic School Bus, Eyewitness, Prehistoric Planet, Cyberchase, and even went to the Balkans to write a show in Macedonia. After lugging home an Emmy for Between the Lions in 2004, my now teenage daughters said it all: “Cool.”

But every TV writer has a weakness. Mine is writing long (e.g., this bio). The cure arrived in writing my first children’s novel, Out of Patience. It gave me the chance to return to my midwestern roots, and write a story about a boy who feels trapped in his tiny hometown. It also allowed me to have fun with such notions as the first flush toilet west of the Mississippi, and the dreaded Plunger of Destiny. Obviously, such notions were in desperate need of being expressed, of finding a voice. I’m thrilled they found me.


BIO BITS THAT ENDED UP ON THE EDITING ROOM FLOOR
or
FREAKY AND UNFORTUNATE FACTS ABOUT ME:


MOST MORTIFYING MOMENT EVER: First day of third grade, teacher’s calling the roll. She calls my name, “Here.” Then she calls my brother’s name, “Here,” and she realizes, “Oh, you’re twins!” Then my brother–who hated being a twin–shouts, “No, Brian flunked a grade!”

WORST THING ABOUT GROWING UP: My family didn’t have a TV.

BEST THING ABOUT GROWING UP: My family didn’t have a TV.

MADDEST I EVER MADE A TEACHER: When I accidentally spelled “as” with two Ss.

COOLEST PLACE I EVER LIVED: In a teepee in the woods of Maine.

WEIRDEST PLACE I EVER LIVED: Where I live now, on the property where Mark Twain died. I’ll let you know if Twain’s ghost ever makes an appearance.

STRANGEST THINGS ABOUT MY NAME: It used to be Muehl (pronounced meal). Before that it was Mühl. But who wants a name with a smile button in the middle of it?

GREATEST FEAR: Getting lost in research.

GREATEST JOY: Getting lost in research.

EASIEST THING FOR ME TO WRITE: To do lists.

HARDEST THING FOR ME TO WRITE: My next novel.

BEST PIECE OF TOILET TRIVIA I COULDN’T WORK INTO OUT OF PATIENCE: My great-great-grandfather was a justice of the peace in Missouri in the late 1800s. After administering marital vows to a pair of newlyweds, he had a special way of reminding them of the domestic life they were about to share. He asked them to toast their marriage by drinking from a chamber pot filled with beer and a German sausage.

GREATEST AMBITION: To work that into a story someday.

Suck It Up and Die

Suck It Up Series