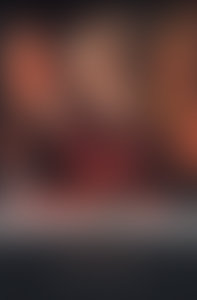 Ben Jonson was born in 1572, the posthumous son of a minister, and, thanks to an unknown patron, was educated at Westminster. After this he was for a brief time apprenticed to his stepfather as a bricklayer. He served as a soldier in the Low Countries and married sometime between 1592 and 1595. In 1597 he began to work for Henslowe’s company as player and playwright and during the following two years the first truly Jonsonian comedies, Everyman in his Humour and Everyman out of his Humour, were produced. These were followed by Cynthia’s Revels (1600) and The Poetaster (1601). Jonson’s great run of comedies consist of Volpone (1606), The Silent Woman (1609), The Alchemist (1610) and Bartholomew Fair (1614). His two Roman tragedies, Sejanus his Fall (1603) and Catiline his Conspiracy (1611), were failures on the stage and his later comedies show a sad falling-off. From 1605 onwards he was constantly producing masques for the court, a form of entertainment that reached its highest elaboration in Jonson’s hands. In 1616 he was granted a royal pension and made, in effect, Poet Laureate. He was also an honorary graduate of both Oxford and Cambridge. Between 1618 and 1619 Jonson walked to Edinburgh, where he was made an honorary burgess and lavishly entertained at a civic banquet. There he made a long stay with the poet William Drummond. His last years were unhappy: under King Charles I he lost favor and was replaced as masque writer after quarrelling with Inigo Jones, the designer of the masques. He also became paralyzed and was unable to publish the second volume of his Workes. Ben Jonson died on August 6, 1637.

Volpone and Other Plays