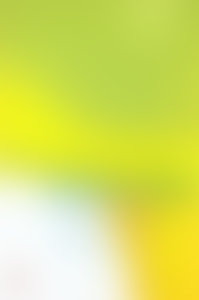 Paul Davies is an internationally acclaimed theoretical physicist and the author of God and the New Physics, The Mind of God, and many other popular books. In 1995 he won the prestigious Templeton Prize for his work on the philosophical meaning of science and was recently awarded the Kelvin Medal by the UK Institute of Physics. Davies lives in Australia and frequently travels, teaches, and lectures in the United States.

How to Build a Time Machine

Marvel’s Midnight Suns – The Art of the Game

Total War: Warhammer – The Art of the Games

Marvel’s Avengers  The Art of the Game

Marvel Contest of Champions: The Art of the Battlerealm

Shadow of the Tomb Raider The Official Art Book

Marvel’s Spider-Man: The Art of the Game

How to Draw Dragons in Simple Steps

What if we could build a time machine that could transport a human being through time? According to Paul Davies this is not pure fantasy but a distinct possibility. How to Build a Time Machine shows how we can make sense of this very idea and make the inconceivable achievable. Here Paul Davies talks to Penguin about his belief in the possibility of time travel, wormholes and his sci-fi heroes.

What made you write this book?

When I was a student I heard Fred Hoyle lecture at The Royal Society about a theory in which light waves could go backwards in time. I decided to do my PhD thesis on this topic, and I’ve been fascinated by the subject of time ever since. I made it the subject of my first book, published in 1974.

Have you always been interested in the possibility of time travel?

I read H.G. Wells’ book The Time Machine as a teenager, and I’ve often fantasised about travelling in time. In the mid-1970’s the American science fiction writer Greg Benford came to see me to ask some technical questions about time travel and time reversal. A couple of years later I was amazed to find myself written into his novel Timescape as a character! However, it’s only in recent years that I’ve considered time travel as a real scientific possibility.

It was largely from my research in an esoteric branch of physics called quantum field theory. My work involved looking at the quantum properties of black holes and other objects with intense gravitational fields. This topic was made famous by Stephen Hawking, who showed that black holes give off heat. I discovered that the heat energy was paid for by a weird quantum effect involving a flux of negative energy streaming into the hole.

It is a bit mysterious. It means creating a physical situation where the energy is less than it would be in normal empty space. But the idea is pretty much accepted by physicists.

What has negative energy got to do with time travel?

It turns out that if you concentrate enough negative energy you could make a time machine.

First you have to construct a wormhole in space – a sort of stargate or tunnel connecting distant places, so if you jump in one end you would come out light years away. Such a thing would work only if it was filled with negative energy, or something similar. It was discovered by Kip Thorne at the California Institute of Technology that a wormhole could also be used to go back in time. You could jump through one and come out in the past.

In a way, except jumping into a black hole is a one-way journey to nowhere. A wormhole would have an exit as well as an entrance. Astronomers are convinced black holes are real, but wormholes remain firmly in the realm of speculation.

How would you actually make a wormhole time machine?

In the book I outline a possible way to do it, starting out with the high-energy collision of two uranium nuclei, followed by explosive magnetic pinching, and then a neat trick with negative energy beams involving lasers and rotating mirrors.

Are you disturbed by the paradoxes that arise if time travel is allowed? What if you went back to 1940 and killed your mother before you were born?

I suppose I am intrigued rather than disturbed. Obviously nobody can change the past, but that doesn’t mean you can’t affect it. The difficulty arises with free will. You couldn’t just go back and rearrange things at whim. But you could do something that is consistent with the present.

Doesn’t this make nonsense of a lot of science fiction?

I’m afraid so. Most time travel stories fail to resolve the paradoxes. If you want an unrestricted adventure in the past, the only hope is to subscribe to the many-universes theory.

It’s the idea that there isn’t a single reality but an infinite number of parallel universes. Many of them would be almost identical to this one. You could then go back in time and kill your mother in a parallel world whilst leaving your own world undisturbed. It may sound bizarre, but many distinguished physicists believe that the quantum physics forces us to accept the existence of these many universes. For myself, I remain undecided.