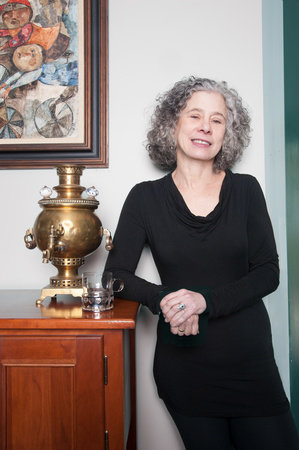 Darra Goldstein is the author of Fire + Ice, which was nominated for James Beard, IACP, and The Art of Eating awards and Beyond the North Wind. She is the founding editor of Gastronomica: The Journal of Food and Culture, named Publication of the Year by the James Beard Foundation, Darra also serves as series editor of California Studies in Food and Culture, and has written for Gourmet, Saveur, Bon Appétit, and The New York Times. She is the 2020 winner of the International Association of Culinary Professionals Lifetime Achievement Award.

Beyond the North Wind